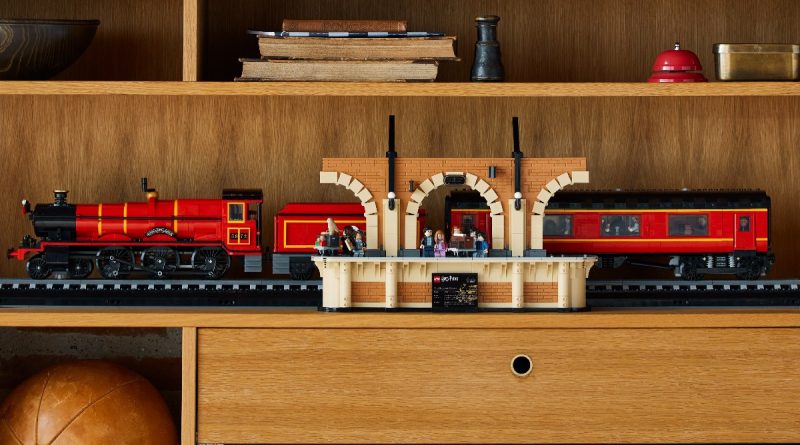 With the official reveal of LEGO Harry Potter 76405 Hogwarts Express – Collectors’ Edition, it’s time to see how it stacks up to other significantly long sets.

LEGO Harry Potter 76405 Hogwarts Express – Collectors’ Edition has been revealed, and it’s safe to say that it’s going to be one of the more challenging models to display with a length that dwarfs most other models. However, that’s not to say it’s the longest LEGO set of all time.

With various massive builds currently on the market and featured in the history of the LEGO group, here are the nine longest LEGO sets of all time, with some sets included since, with context, their width or height can also be considered their length.

With two trains that run along the length of the track, 10261 Roller Coaster sits at the bottom of the list at 88cm long. Within that space, it manages to fit a multi-storey coaster, queue line, ticket booth, ride station and decorative elements to help the model stand out. The newer LEGO roller coaster – 10303 Loop Coaster – may be far taller, but the older build comes out on top when it comes to length

Before you comment anything, no we’re not including the track in this entry since otherwise, this list would be mostly LEGO trains. Without the track, 60336 Freight Train still sits at 90cm long, with three wagons and the main engine. The track, which isn’t included in our measurement, takes the length of the set up to 147cm.

One of the first huge LEGO Star Wars sets is next with 10030 Imperial Star Destroyer from 2002. This colossal creation is made up of 3,103 pieces and measures 93cm long, just barely beating 60336 Freight Train but still putting it at the seventh spot on the list.

When displayed horizontally, you could consider 92176 NASA Apollo Saturn V to be 100cm long, especially since three stands are included to display it as such, though if this was a contest of height, this LEGO Ideas model would be ranked very differently.

At 102cm long, since minifigures can walk down the length of the model, LEGO Harry Potter’s 75978 Diagon Alley is tied at the fifth spot and it’s not the only model from the Wizarding World to earn a place on this list. Of course, you can also display it as an alley with two rows of buildings but it arguably looks better taking up the full 102cm on a shelf.

Tying with 75978 Diagon Alley is 2010’s 10214 Tower Bridge. Notably, this icon is also located in London much like the entrance to Diagon Alley in the Wizarding World. Similarly, it measures 102cm long as miniature cars and buses travel across the historic landmark.

75252 Imperial Star Destroyer from LEGO Star Wars, the updated version of the iconic ship, is 110cm long, putting it above its predecessor in fourth place. Thanks to the design of the Imperial Star Destroyer, length isn’t an issue for this LEGO set but it does make it harder to display while also standing out.

76405 Hogwarts Express – Collectors’ Edition is the third longest LEGO set of all time at 118cm, putting it above any other LEGO Harry Potter model but below two others. This recreation of the Hogwarts Express is the biggest ever made and includes several scenes from throughout the franchise, as well as more than a few desirable minifigures.

Measuring in at over one metre long, 10294 Titanic beats every other LEGO set ever made as the longest model of all time. This recreation of the engineering icon is also one of the biggest builds ever made and includes interior details, working engines and more.

The longest LEGO sets of all time – August 2022