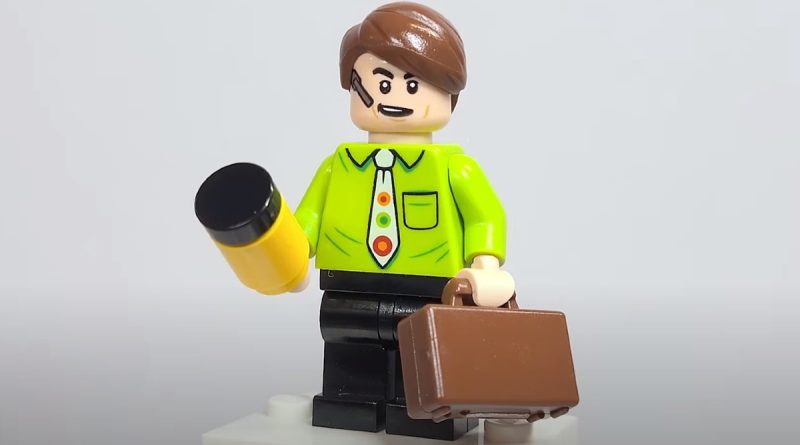 Better Call Saul’s series finale is streaming now and you can make a minifigure ready to watch it with LEGO Ideas 21319 Central Perk and more.

The torso used in this minifigure is from 21319 Central Perk since it’s one of the most colourful shirts with a tie available, though a comment on the video noted that Gonzo from 71033 The Muppets would also be suitable but note that they retire at the end of August 2022.

The hair was most recently used for Remus Lupin in 76407 The Shrieking Shack & Whomping Willow and will feature again in 76405 Hogwarts Express – Collectors’ Edition. Those who want to wait for the latter to create this minifigure might also want to consider the other torsos with ties in 21336 The Office.

The face has been repurposed from the Phil Coulson minifigure in the long-retired 76077 Iron Man: Detroit Steel Strikes, which will be the hardest part of this custom minifigure to track down for those who don’t already own the LEGO Marvel set.

The legs should be easy to track down and you’re welcome to substitute them for some of another colour. Accessories chosen for this custom minifigure include a briefcase and the ‘World’s Best Lawyer’ mug, though it’s not printed so you’ll have to use your imagination.

The series finale of Better Call Saul is streaming now on Netflix in the UK.