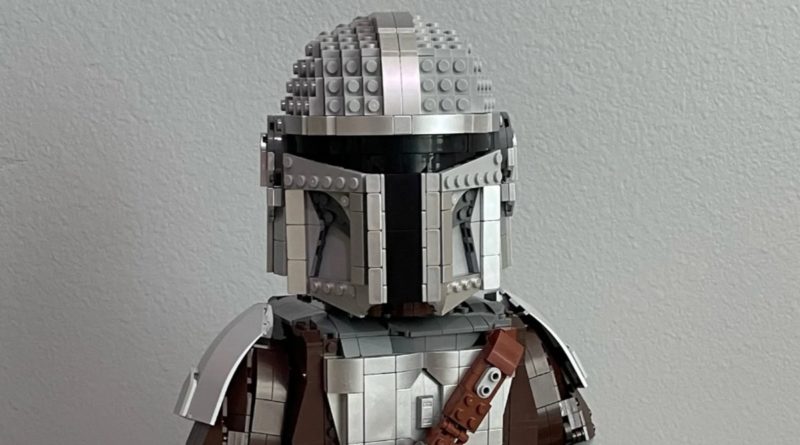 This minifigure model makes good use 75328 The Mandalorian Helmet, demonstrating one use for the LEGO Star Wars Helmet Collection.

The LEGO Star Wars Helmet Collection is intended to be a range of displayable builds based on various helmets from a galaxy far, far away. However, Albo.Lego has found another use for the helmets by treating them as the head for enlarged minifigures, similar to 76393 Harry Potter & Hermione Granger.

This design was then depicted using real pieces by JRBricks, including a miniature Grogu figure and the plaque featured in 75328 The Mandalorian Helmet on the side.

It’s an effective way of displaying the LEGO Star Wars Helmet Collection by representing the rest of the character who wears the helmet. You can get started with this custom build by picking up 75328 The Mandalorian Helmet on LEGO.com now.

Other LEGO Star Wars Helmets that could inspire giant minifigure models include 75343 Dark Trooper Helmet and 75304 Darth Vader Helmet. A couple of them are also retiring this year as detailed in our updated list for June 2022.