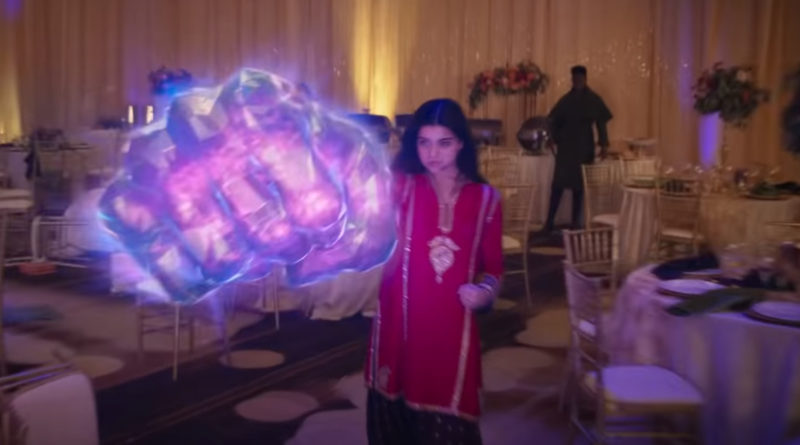 The first trailer for Marvel Studios’ Ms. Marvel has revealed a perfect use for the LEGO Power Burst pieces, potentially in a future minifigure.

The Marvel Cinematic Universe Ms. Marvel show’s first trailer has confirmed a change in the superpower moves of the character and one that might benefit any future minifigures. In the comics, Ms. Marvel has the power to morph her body by enlarging parts, or all of her.

The first trailer for the show has revealed a purple, crystalline power that emits from her hands and feet thanks to a mysterious bangle that she finds. The full extent of this change will be revealed when it starts streaming on June 8, but in the meantime, these crystal powers may be ideal for a LEGO minifigure.

Featured in multiple LEGO DC and Marvel sets since 2018, the Power Burst pieces come in a pack of 10 and are designed to replicate superpower effects of various characters including Iron Man and the Scarlet Witch. Based on the scenes with this power in the trailer, a purple pack of these elements could help to represent Ms. Marvel’s new powers from the shield to the platforms for her feet.

For Ms. Marvel’s giant fist, likely referencing her original moves, another recent brick might be useful in recreating it. Gilgamesh from 76154 Deviant Ambush! used a fist-shaped element with translucent features that could be used for Ms. Marvel’s new power.

Provided Marvel Studios’ Ms. Marvel series doesn’t receive at least one LEGO set before June arrives, the Marvel Cinematic Universe character will likely get a minifigure eventually as she has already been confirmed for the Captain Marvel sequel, The Marvels, due on February 17, 2023. Marvel movies have proven more likely to get a wave of models based on them over shows, with Doctor Strange in the Multiverse of Madness and Thor: Love and Thunder receiving at least one set each later in 2022.

To help pass the time before Ms. Marvel starts streaming on June 8, you can look forward to picking up 76208 The Goat Boat and 40525 Endgame Battle in April 2022.