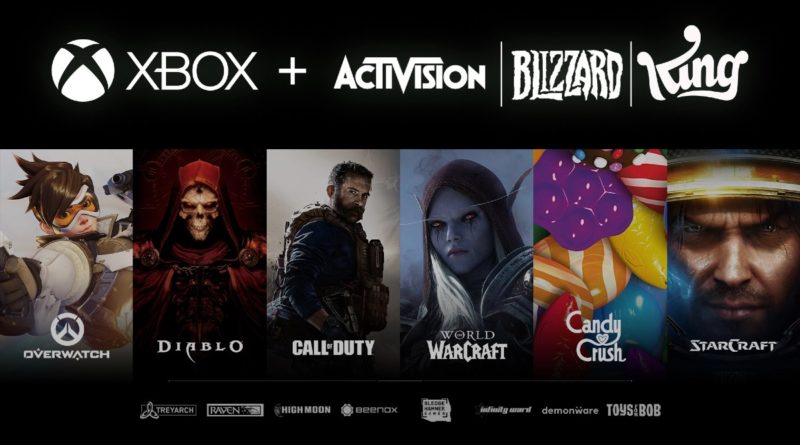 Microsoft has confirmed that they are buying Activision Blizzard in an announcement that includes particular comments on company culture.

The tech giants have confirmed in a press release today that they intend to buy the video game company for the sum of $68.7 billion. The transaction will include any IP owned by Activision Blizzard, such as Warcraft, Crash Bandicoot and Overwatch. It is expected to be completed by 2023 and has already been approved by the boards of directors of both Microsoft and Activision Blizzard.

Comments on company culture are included in separate press releases from both Microsoft Gaming CEO Phil Spencer and Microsoft, in reference to the ongoing lawsuit against Activision Blizzard filed by the California Department of Fair Employment and Housing (DFEH). The California DFEH alleges that the company had maintained a ‘frat boy’ culture, engaged in discriminatory practices and encouraged sexual misconduct towards female employees.

“As a company, Microsoft is committed to our journey for inclusion in every aspect of gaming, among both employees and players,” reads the blog post from Spencer listed on Xbox.com.

“We deeply value individual studio cultures. We also believe that creative success and autonomy go hand-in-hand with treating every person with dignity and respect. We hold all teams, and all leaders, to this commitment. We’re looking forward to extending our culture of proactive inclusion to the great teams across Activision Blizzard.”

“Bobby Kotick will continue to serve as CEO of Activision Blizzard, and he and his team will maintain their focus on driving efforts to further strengthen the company’s culture and accelerate business growth,” mentions a company statement from Microsoft. “Once the deal closes, the Activision Blizzard business will report to Phil Spencer, CEO, Microsoft Gaming.”

Currently, Activision Blizzard is an IP partner of the LEGO Group, though this status is currently under review, with the February 1 release of Overwatch 2 set 76980 Titan postponed as a result.