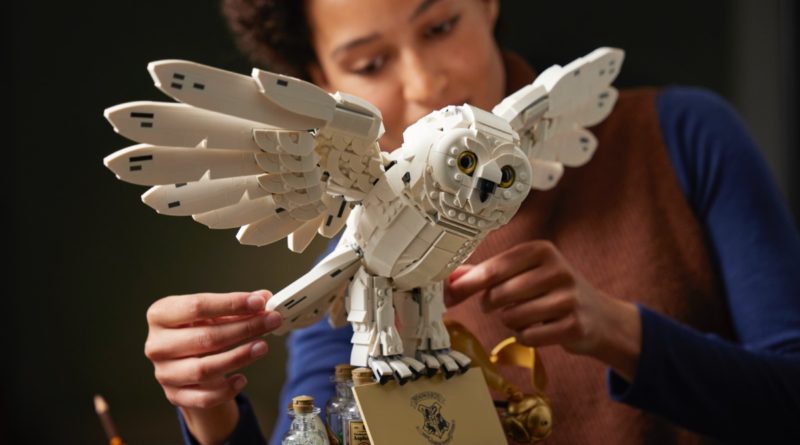 LEGO Harry Potter 76391 Hogwarts Icons – Collectors’ Edition has recently risen in price, but this custom build is much more affordable.

As part of the recent price increases, 76391 Hogwarts Icons – Collectors’ Edition has jumped from £219.99 to £259.99 in the UK. That’s a notable increase in price and for those who might not have the budget for it anymore, Instagram user Wei-Hung Chen has conceived a smaller and more affordable version.

Scaled to the older constraction figures, though also in line with the newer LEGO Marvel figures, this depiction of 76391 Hogwarts Icons – Collectors Edition is at an entirely different scale than the official set but is still recognisable as the model thanks to the integration of specific pieces representing the various icons.

For Hedwig, the owl’s specialised brick with wings spread wide is featured. It can be found in sets such as 75980 Attack on the Burrow.

The letter is taken from day 24 of the LEGO Harry Potter Advent Calendar from 2019 and the snitch has been procured from 75395 Hogwarts: First Flying Lesson or 75978 Diagon Alley.

You can find 76391 Hogwarts Icons – Collectors Edition, and most of the sets needed to make the miniature version, on the official online store now.