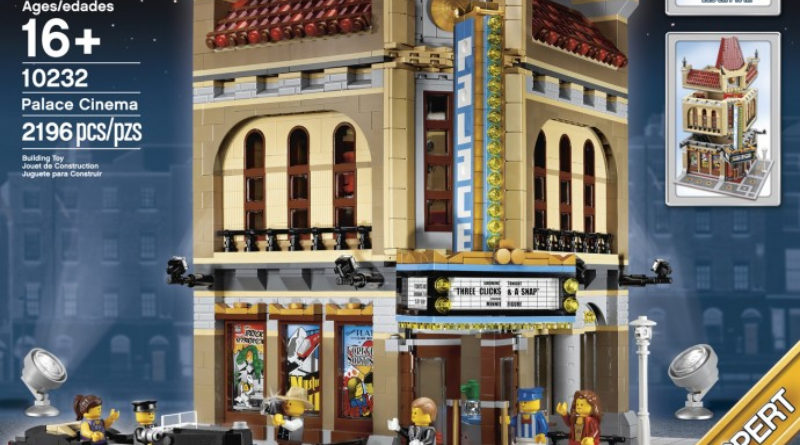 In an effort to customise their LEGO Modular Buildings Collection, a builder has come up with an ingenious way to add some life to their 10232 Palace Cinema.

10232 Palace Cinema released in 2013 as the newest member of the Modular Buildings Collection, bringing the world of movies into the LEGO street. Part of its design was a grand sign with translucent detailing up the side and golden accents, but it was admittedly lacking a certain something.

Reddit user oneofthosemeddling may have found the spark it was missing by giving it a fully-fledged lighting package with programmable sequences.

The Reddit user posted their work to the LEGO subreddit where it quickly gathered 9,400 points and over 100 comments from impressed builders. Thankfully, it wasn’t just an image that they provided but a video showcasing the full extent of the flashy effects.

The lighting includes several modes form the light travelling down the transparent bricks to intermittent flashing. It’s definitely going to be an eye-catching addition to the rest of the model, not to mention their Modular Buildings Collection.

The builder also mentions wanting to light up the rest of his sets, leaving us to wonder what other models in the series would look like when lit up. Maybe the newest Modular Building, 10278 Police Station, could have a neon doughnut sign, or a backlit billboard. If you want to experiment for yourself, 10278 Police Station is available now.