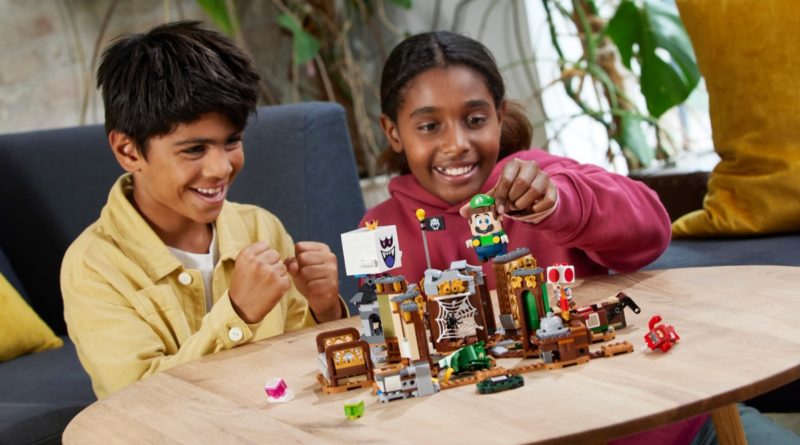 All three new LEGO Super Mario Luigi’s Mansion sets are now up on LEGO.com, revealing more images alongside their piece counts and prices.

71397 Luigi’s Mansion Lab and Poltergust is the smallest of the three, occupying that former price point at 179 pieces. Alongside buildable Professor E. Gadd and enemy Gold Ghost characters, the set includes new ways for Luigi to rack up coins, such as a lab machine and a Poltergust for catching ghosts.

A £69.99 / $79.99 / €79.99 spend will net you 877 pieces, building into a rotating hallway that gives access to the mansion’s many different rooms, each of which is packed with a challenges to complete, allies to rescue and enemies to defeat. The buildable characters include a new variant of Toad, a Garbage Can Ghost, a Grabbing Ghost and King Boo.

All three of these sets will launch on January 1, 2022, but their product numbers indicate they won’t be the only new LEGO Super Mario sets coming next year. Indeed, a list of rumoured product numbers and set prices suggests there’s still plenty more to come.

To make use of any of these Luigi’s Mansion expansion packs, you’ll need either 71360 Adventures with Mario or 71387 Adventures with Luigi, although the latter is obviously the most fitting accompaniment. (It’s not called Mario’s Mansion, after all.)