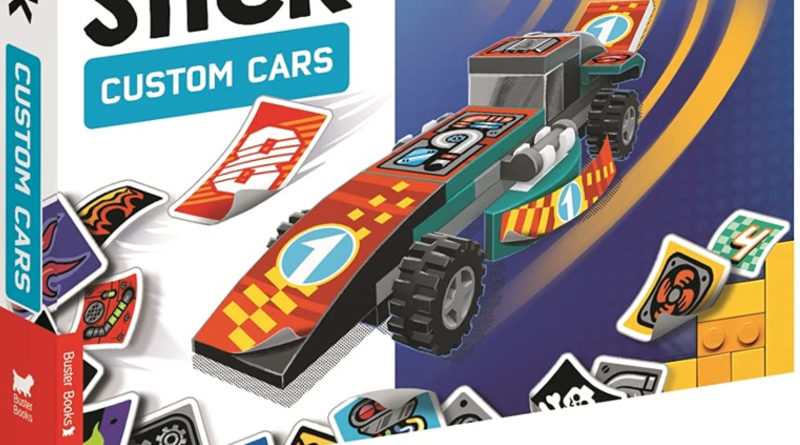 A pair of new LEGO books from AMEET have been revealed, both including some exclusive models and over 200 stickers for any brick customisation you might have in mind.

The first, pictured on the left of the below gallery, is called LEGO Build and Stick: Custom Cars. This might be the first in a new Build and Stock book series but for now, this publication focus on making some custom cars with a 3-in-1 model that you can customise to your heart’s desire. If you’re wondering how to customise the specific builds, then the over 260 included stickers might come in handy

Featured within the pages are suggestions for upgrades, designs and options for rebuilding and you’ll be able to buy the book when it launches on October 14.

The second revealed novel also includes a few models to make, but don’t expect them to last you hours on end as each one will take just under five minutes to make. A total of 50 bricks come with the book and some of the builds you’ll be able to pursue are shown on the cover, such as a rocket, submarine, flamingo and more. LEGO® Iconic: Five-Minute Builds will release on October 14.

Both books were revealed by Amazon UK and join the rest of the LEGO AMEET catalogue, which will soon include comic books from Skybound Entertainment and more aimed at pre-schoolers.