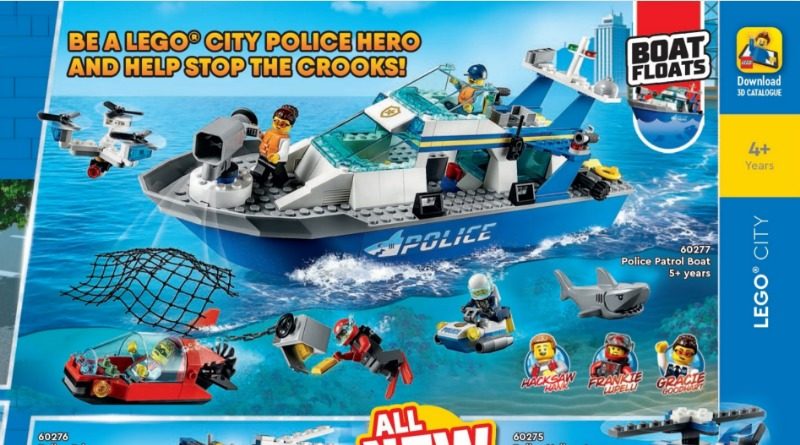 There’s at least one more LEGO CITY set coming in 2021, as a consumer catalogue has revealed the existence of 60277 Police Patrol Boat.

The LEGO retail catalogue for the first half of 2021 has revealed dozens of new sets across a range of themes. And while we’ve seen most of the CITY sets inside already, there’s at least one that’s brand new to us.

The catalogue has also given us a better look at 60306 Shopping Street, which turned up for the first time yesterday. The bustling slice of city life is anchored around the new road plate system, which will replace the classic baseplates from 2021.

You can check out the full list of LEGO CITY sets for 2021 here. All the new sets are expected to launch in January, with several of them – including 60277 Police Patrol Boat – already listed on LEGO.com.