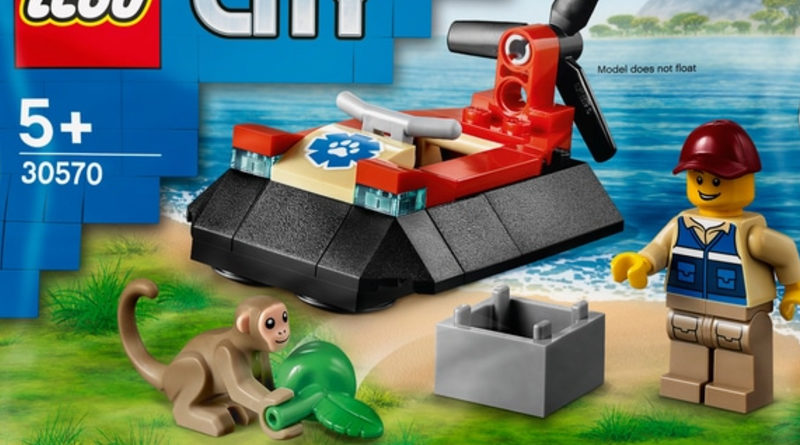 A new LEGO City polybag has been found at an online retailer, revealing another set in this summer’s Wildlife Rescue subtheme ready to safeguard the savannah.

LEGO City 30570 Wildlife Rescue Hovercraft has been listed at the Austrian version of Smyths Toys, unveiling the first images of this new polybag that joins the rest of the Wildlife Rescue range.

Looking at the images provided by the retailer, it seems to contain one minifigure, a small build and the new monkey element that can be found throughout the rest of the LEGO City summer wave.

The set seems to follow the usual polybag formula but might provide an opportunity to create a troop of primates on a budget, for whatever monkey business you have planned.

We’ll have to wait and see when and how this polybag becomes available around the world, but thankfully there’s nothing in it that you won’t be able to find in one of the smaller LEGO City summer sets – 60300 Wildlife Rescue ATV.

The new LEGO monkey and many other minifigure team members can be found throughout this summer’s new LEGO City models, with more new animal bricks such as an Elephant and the first lion.