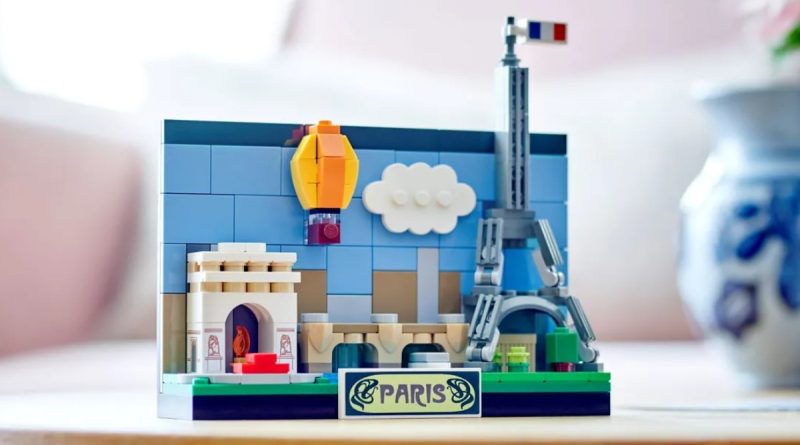 Those not heading abroad this summer can take in the sights of Paris with a new LEGO postcard model, joining the two previously-announced builds.

August has arrived and that means a new entry to the LEGO postcard range has launched. While 40654 Beijing Postcard and 40519 New York Postcard were revealed at the end of 2021 – only to be delayed and eventually released earlier this year – 40568 Paris postcard is a brand new entry into the collection.

Much like the two previous sets, 40568 Paris Postcard recreates a segment of the titular city in a 2.5D style, using tiles to create a skyline in the background and recognisable Parisian icons in the foreground.

This includes a new LEGO Eiffel Tower or at least half of one. With rumours of a much larger depiction of this structure for later this year, this should be enough to pass the time in the meantime, as long as that report proves accurate.

On the back of the box, another creation is displayed – 40569 London Postcard. At the time of writing, no release date for this build has been revealed, so it may be that it launches at the same time as the other new postcard, though it may be saved until later this year as well.