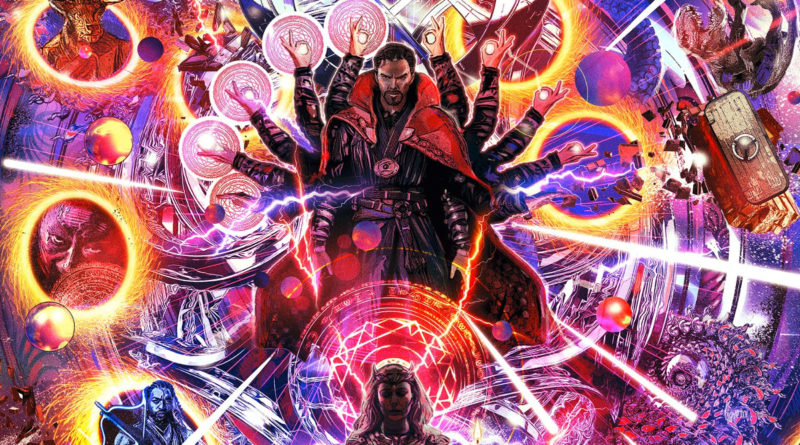 A new magazine cover for Doctor Strange in the Multiverse of Madness has revealed more new elements for the film, including a dinosaur.

As marketing ramps up for Marvel Studios’ Doctor Strange in the Multiverse of Madness, Empire Magazine has revealed their latest magazine, which features the movie as the cover star. Pouring through the intricately-designed cover, you might be able to see a detail that had been teased in trailers, but never fully showcased.

At least one Dinosaur will feature in Doctor Strange in the Multiverse of Madness, with its appearance on the right of the cover being most similar to a T. rex.

While the presence of a dinosaur in the latest Marvel Cinematic Universe movie alongside the other magical, mythical and mystical beings such as Gargantos and Rintrah might be exciting on its own, it also presents the opportunity for you to cross over 76205 Gargantos Showdown with the upcoming LEGO Jurassic World sets.

Based on what has been revealed for the 2022 Jurassic World wave, you can find a T. rex in 76944 T. rex Dinosaur Breakout and 76948 T. rex & Atrociraptor Dinosaur Breakout as well as a brick-built version in 76956 T. rex Breakout. You can find out what other dinosaurs are in the new range by clicking here.

No ancient beasts appear in 76205 Gargantos Showdown other than the tentacled monster, though another Doctor Strange in the Multiverse of Madness model is rumoured for later in 2022.