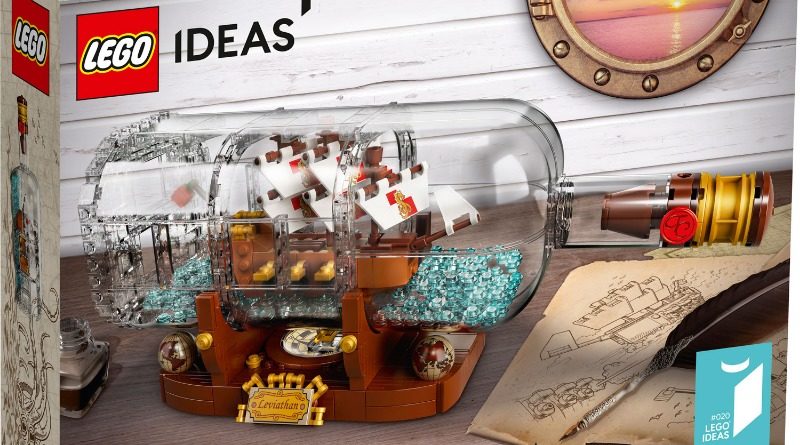 The LEGO Group has revealed box images of the two upcoming LEGO Ideas reissues, 92176 NASA Apollo Saturn V and 92177 Ship in a Bottle.

There’s no firm release date for the pair of popular Ideas sets at LEGO.com, but it’s believed they’ll launch tomorrow, November 1. For now, we can only look longingly at the official box art (h/t Promobricks).

Aside from the set numbers, nothing looks to have changed about these two iconic models. We’ve actually already seen the box art for 92176 NASA Apollo Saturn V, courtesy of online retailer Alzashop. But this is the first time we’ve seen the renumbered box for 92177 Ship in a Bottle.

Both original sets, 21309 NASA Apollo Saturn V and 21313 Ship in a Bottle, have long since retired. For reasons known only to the LEGO Group, that means their original set numbers are no longer available. While the new sets are ostensibly identical to their predecessors, then, it poses a quandary for Ideas collectors. Will you need to buy these renumbered versions for a complete collection?

If you don’t yet own either of the original sets, though, this is a great chance to dive into some of the Ideas team’s best work. Check out our review of 21309 / 92176 NASA Apollo Saturn V for the proof. And if you want to learn more about the set’s source material, here’s five mind-blowing facts about the real-life rocket.

Keep an eye on Brick Fanatics tomorrow to find out whether both sets have arrived on LEGO.com. In the meantime, you can support us by ordering the current crop of Ideas sets – including 21322 Pirates of Barracuda Bay and 21324 123 Sesame Street – using our affiliate links.