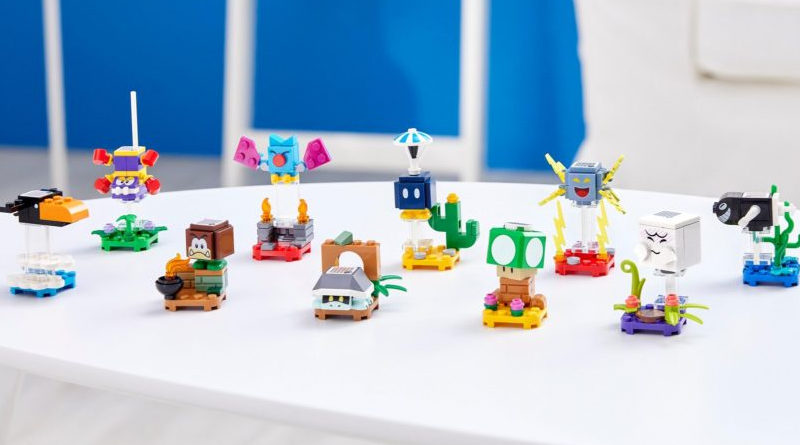 LEGO Super Mario will be receiving a new series of characters later this year as the theme introduces 71394 Character Packs – Series 3. The United Arab Emirates version of LEGO.com has now revealed clearer images of the builds, including the first brick-built 1-Up Mushroom.

The names of the included foes have also been revealed, at least for those unfamiliar with the vast history of the Super Mario games. The included characters are a Galoomba, Parachute Bob-omb, Boo, Crowber, Amp, Torpedo Ted, Bony Beetle, 1-Up Mushroom, Scuttlebug and a Swoop.

Some of these enemies have appeared in the theme’s other sets before such as the Swoop. However, others like the Boo are depicted slightly differently, with this Boo particularly scared of the plumber for noticing them.

The 1-Up Mushroom will undoubtedly come in handy for players of the theme with the digital item offering an extra life in the games. If we had to guess at the ability of this item, it could provide invulnerability when colliding with an obstacle, instead of being stunned for a short time.

No release date is listed alongside the item and neither is a price but it’s likely safe to assume the same cost as the previous two instalments of the packs (£3.49 / $4.99 / €3.99) and a release date of August 1, to launch alongside 71387 Adventures with Luigi.