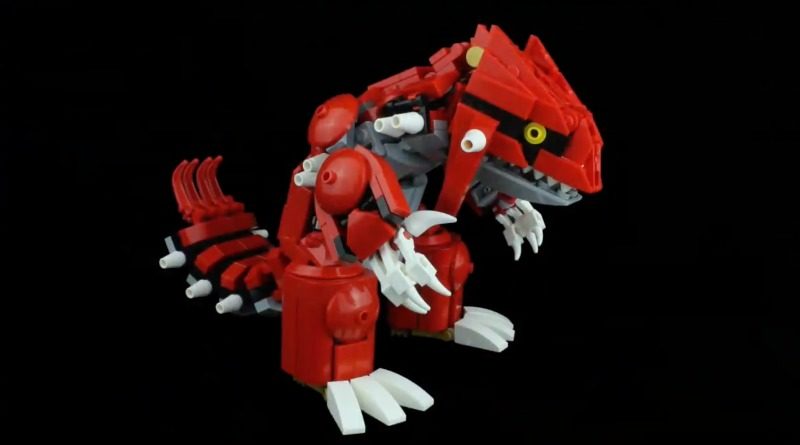 The LEGO Group is yet to officially team up with Pokémon for some sets, but that hasn’t stopped a fan from creating their own brick-built Pokémon.

Twitter user Kumakin17 has built a whole range of Pokémon from LEGO bricks, showcasing them all on their Twitter feed. One of their latest is a Mech version of Groudon, a Ground-type, Legendary Pokémon that looks like a huge red dinosaur.

Its hulking size lends itself to the Mech style well, with red plates creating the signature armour that covers its body. When re-arranged, it can stand up into its attack form, with huge shoulder extensions extending out to intimidate a foe.

This isn’t the first time that a LEGO fan has combined their love for LEGO bricks and Pokémon together. Another creative builder put their skills to work recreating the Sintoh region from LEGO Diamond.

Who knows whether we’ll ever see an official range of LEGO Pokémon sets, but it seems like the market is there, with the amount of MOC builds themed around the magical creatures and their habitats. If anything is ever confirmed, we’ll be sure to let you know.