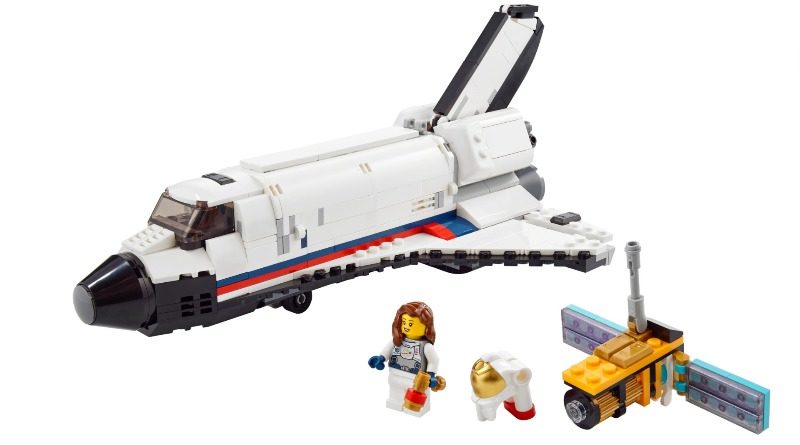 Ahead of their release tomorrow, take a closer look at two LEGO Creator 3-in-1 builds.

LEGO YouTuber AshnFlash has uploaded videos of two new sets due for release on June 1: 31121 Crocodile and 31117 Space Shuttle Adventure. Both sets are from the LEGO Creator 3-in-1 range, so the clue’s in the name; they can both be built in three different ways.

31121 Crocodile can be built into the eponymous crocodile, a frog, and a snake. Although AshnFlash said it’s not something he would have thought about buying originally, he was impressed with the overall build.

“I love all the colours here,” the YouTuber says. “They’ve got the olive there, and then dark green on top. It looks really neat.”

31117 Space Shuttle Adventure, AshnFlash says he had a lot of fun building it, even though he’s already bought and built 10283 NASA Space Shuttle Discovery. For astro-travel fans looking for a space-themed LEGO set that’s a little kinder to your wallet, this could be a good option.

“Two out of the three builds are really solid,” he comments. “One of them is really unique, as well.”

Both sets are available from June 1 for most of the world and from August 1 in America. There’s also a third LEGO Creator 3-in-1 set coming out at the same time, 31122 Fish Tank, which AshnFlash has also kindly offered a closer look at here.