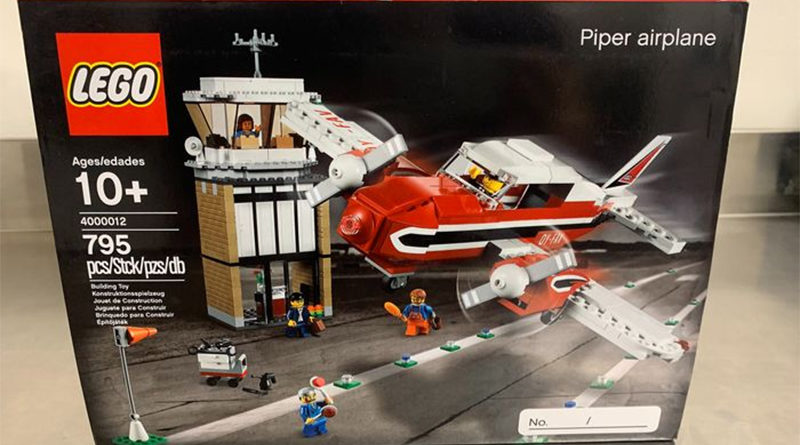 Fans have a rare opportunity to get their hands on LEGO Inside Tour and Star Wars Ultimate Collector Series sets with auctioneer Catawiki.

The LEGO Inside Tour is a very exclusive opportunity. Tickets do not come cheap and are so popular they have to be raffled off, with only a small number of fans getting the chance to visit the LEGO Group’s headquarters and follow a multi-day schedule with LEGO designers each year. To make the event extra special, each year there is a new exclusive model included within the tour – and they are some of the most limited sets ever produced.

The 2012 exclusive, 4000012 Piper Airplane, had a production run of just 53 sets. It is inspired by the first aeroplane that the LEGO Group acquired in 1962, when the company’s international expansion was taking place. Its roots are closely tied in with the LEGO Group’s airfield, which later became Billund International Airport.

Even hard-to-find convention exclusives are produced in the thousands, so fans looking for the truly rare and obscure will want to consider adding 4000012 Piper Airplane to their collections.

In 2016, the LEGO Inside Tour exclusive set paid homage to a travelling tour truck that drove across Europe during the late 1990s and early 2000s. The enormous truck opened up to guests at various locations such as shopping malls and theme parks, giving children, fans and families the opportunity to get a look at new LEGO products and do some building.

This set had an edition size of just 80, making it one of the most limited sets ever release.

The exclusive Inside Tour set was also a truck in 2013, but one that references a different part of the LEGO Group’s history. It represents the first vehicle that the LEGO Group acquired to transport products between cities, hence the classic logo on the side of the truck.

Only 43 copies of this model were produced for LEGO Inside Tour attendees.

For those who are not so concerned about the super limited sets, 10212 Imperial Shuttle may be more appealing. It still isn’t an easy set to get, as the 2,503-piece model is the most accurate representation of the Emperor’s vessel ever released. Few fans stashed this set to sell later, instead understandably opening it up and building it. That makes this is a good opportunity for those who want to recreate Palpatine’s arrival from Star Wars: Return of the Jedi.

A different D2C (Direct to Consumer) LEGO Star Wars set is also up for auction, with 10225 R2-D2, the original droid sculpture from 2012. Fans who own 75187 BB-8 can take this opportunity to add the original beeping droid to the family, with this set built in scale with the sequel trilogy sphere. It’s a set that stands out on display thanks to the scale offering something so different to typical Star Wars sets.