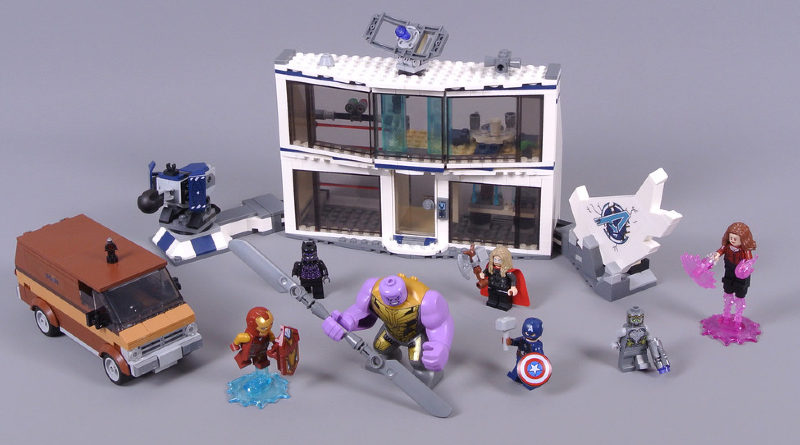 A new LEGO Marvel The Infinity Saga set, 76192 Avengers: Endgame Final Battle, revisits the film’s final moments and an early review is giving us our closest look yet.

The final battle of Avengers: Endgame has become part of cinematic history, with the soundtrack, visuals and sheer scale culminating in an epic confrontation that was 10 years in the making and the LEGO Group has finally produced a second, proper set based on it.

76192 Avengers: Endgame Final Battle is part of the new The Infinity Saga summer wave, and Brickset has received the model early, detailing the included minifigures and builds inspired by the movie.

The first look reveals the new minifigures for Scarlet Witch, Thor, Captain America as well as Thanos and Ant-Man. We’re not sure why Wanda seems so happy, considering the events of the movies, but they all look authentic to their appearance in Avengers: Endgame.

A quick peek at the interior also showcases the new designs for both Captain Marvel and Rocket Racoon from their meeting in the film, one of which is missing from the rest of the wave. The minifigure interpretation sticker on the design uses a shorter hair element, revealing that the designers have at least some ideas for translating Carol Danver’s updated appearance to LEGO.

LEGO Marvel 76192 Avengers: Endgame Final Battle will launch with the rest of The Infinity Saga range on June 1, with builders in the US having to wait until August 1 to relive the blockbuster movies. You can expect the set to cost £79.99 / $69.99 / €89.99 and feel free to catch up on the rest of the wave while you wait.