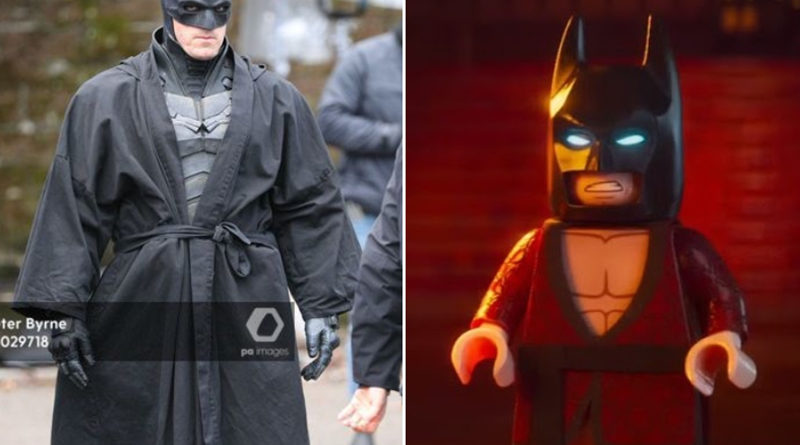 A new photo snapped during the filming of Matt Reeves’ The Batmam shows Robert Pattinson seemingly paying homage to the character’s appearance in The LEGO Batman Movie.

Depsite that, a photo snapped while Robert Pattinson, who is donning the cowl for the film, was waiting inbetween takes, reminded a fan on Twitter of Will Arnett’s version of the character.

The LEGO Group is about to release 76161 1989 Batwing, a detailed model set based on the iconic vehicle seen in Tim Burton’s first Batman film.

Other recent images snapped during filming provide a glimpse at Penguin, Catwoman and Falcone as they will be seen in the movie. The Batman is due for release in 2022, having been pushed back from its intended release next year.