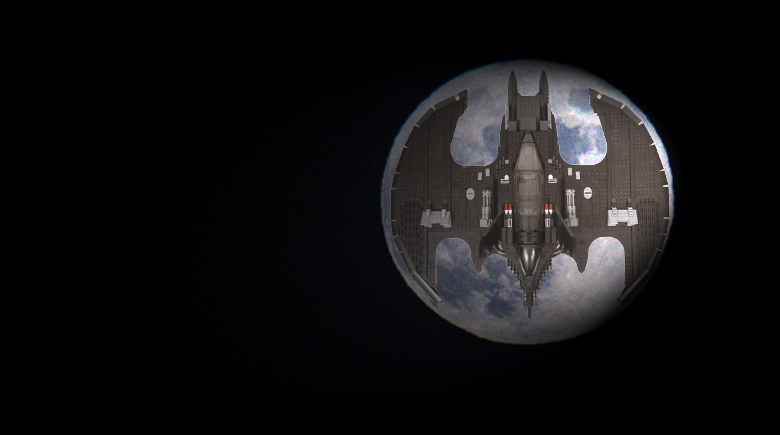 The LEGO Group is delving back into Tim Burton’s Batman for the Dark Knight’s second-best vehicle with 76161 1989 Batwing – a set so epic it demands the Danny Elfman score.

When 76139 1989 Batmobile launched last year, the set was such an obvious choice that it was hard to believe it hadn’t been done before. Despite what years of bizarre toys would have children believe, there’s only really one vehicle that is intrinsically linked with Batman, and it’s the Batmobile. That was very much the case in Tim Burton’s 1989 Batman, in which the car represented a lot about the Dark Knight’s nature – his planning, his mystery and his theatricality.

This second big model set from the same movie is a less obvious proposition, but if there were to be a second set inspired by that film, it could only be this one. 76161 1989 Batwing is based on the incredible flying vehicle that Batman uses to thwart the Joker’s plan – “why didn’t somebody tell me had one of those… things?” – before being shot out of the sky and crashing into Gotham Cathedral.

Despite those action moments, the Batwing’s most memorable image in the film is when it flies in front of the moon, for a beautiful image that captures the operatic world of Batman.

Despite it not being on the same level as the Batmobile, certainly playing second fiddle to the car in the film, the Batwing still holds a special place in the hearts of bat-fans. In 76161 1989 Batwing, the LEGO design team has tackled the vehicle at a larger scale than ever before.

As noted in a recent Brick Fanatics feature, Burton’s Batman was the first place that the Batwing appeared – both in terms of its design and moniker. The look of the vehicle lines up with that of the Batmobile, they both feel as if they have come from the same inventor. For the movie production though, the model was not excessively intricate, featuring a level of detail necessary for the shots it would appear in, but nothing more.

That has allowed the LEGO designers to remain faithful to the on-screen Batwing while giving it additional texture in 76161 1989 Batwing, capturing the shape and look of the vehicle while making sure it feels functional.

Fans will expect to be building sections and connecting them, but instead this model starts with pinning lots of Technic frames together. The entire structure is built early on, so it is worth clearing some decent table space before starting this build. Once that frame has been built and reinforced, there are plates and tiles aplenty to disguise it.

There’s a nice Batman nod on the interior of the Batwing, as the bricks used to reinforce the interior are yellow. While Burton’s 1989 Batman was very much focused on the blacks and greys, there was a splash of yellow around the character’s Bat-symbol. It’s less clear what the pink heart elements are about – perhaps they are an inside joke for someone on the design team…

Of the hidden pieces though, the best are the Bat-symbols. For no reason whatsoever, 2×2 circular tiles printed with the Batman logo are built into the edges of the Batwing. It’s one of those, fun, smile raising moments – not that it’s needed. For a set that uses well over 2,000 pieces, there’s not a dull moment in the build despite a bit of repetition to ensure symmetry. The instructions vary things up enough and it’s clear enough how things are taking shape that it’s very easy to get into a good rhythm with this set. Only a Prince soundtrack can improve it.

Things get most interesting when it’s time to start building the SNOT sections that will become the edges of the Batwing. Various clever methods are used to give the vessel its curves, but the most impressive are the two long edges that frame the left and right sides. They attach to the main body at just two connect points each and when clipped into place perfectly marry up with the tiled frame. It’s precision engineering.

Constructing the cockpit is satisfying, as it comes together in a neat way that presents a nice, plausible slot for Batman to slide into. Stickers are applied around the sides to represent the various monitors and gadgets the Bat has at his disposal. The best label is the one that attaches to a piece hiding two crowbar elements beneath, with it reading ‘Bat engine’ in tiny font.

Adding the bat-shaped fins to the build is a perfect finishing touch to the main model, giving it a perfect shape that matches up to the original film design. A couple of nice adornments on the airborne attack ship are the gatling guns either side of the cockpit and grey drag fins that can be raised or folded flat.

When complete, 76161 1989 Batwing is a massive, impressive replica of what fans know from the beloved Batman movie. The shaping is perfect, the added texture and shading feels authentic, it has some heft to it when held… it’s hard to imagine anything that could be improved upon with this set.

Using the new wall mounting element from LEGO Art, there is the option to have this model hanging on the wall. It’s definitely sturdy enough – anyone with a big enough hand can swoosh this around, no problem. While for many it won’t be a practical solution, with a set this size it’s nice to have the option.

The Joker minifigure is wearing a surprising choice of outfit. In one of the character’s most overtly violent acts in Batman, he uses a quill pen to murder a rival, while decked out a mime costume (thank goodness for 18+ after all). The minifigure’s design perfectly captures the clothing, with tartan trousers, a white flower and black cravat. A cloth piece is used for the coat tails of his long jacket.

As for the set’s other new minifigure, those who would hazard a guess might expect Bob or Commissioner Gordon, but the designers went for the more visually interesting Boombox Goon, who is apparently named Lawrence. With his shades, handlebar moustache and boombox accessory, it’s a character fans might not remember instantly, but will do when they see the minifigure. The Joker jacket printed on the torso is a perfect match for the on-screen costume.

Finally, the Batwing’s owner is included. Batman features the same specially printed torso and combined cape/cowl element that arrived with last year’s 76139 1989 Batmobile. It’s an excellent minifigure that is easily identified as Michael Keaton’s version of the character.

Some LEGO sets easily justify their price by piece count, but struggle to feel good value at a glance, especially when the bricks are packed in tight and the finished model looks on the small size. That’s not the case here. It’s easy to read 52cm long and 58cm wide and think ‘that’s big’, but when holding this model in hand, and admiring it on display, the price feels incredibly reasonable. The money buys not only a thoroughly enjoyable build, but a thoroughly impressive display piece as well.

There is something very special about the 1989 Batman film. Arguably, the Christopher Nolan trilogy of films offers the definitive big-screen Batman, but that series could not have existed had Tim Burton not already redefined what a superhero film could be with his take on the character.

For those of the right age, for who Keaton will always be ‘their Batman’, then they owe it to themselves to own this spectacular, accurate rendition of the Batwing. It is the perfect companion piece to 76139 1989 Batmobile, living up to the standard set last year.

76161 1989 Batwing is available now at at LEGO.com. You can help support Brick Fanatics’ work by using our affiliate links.