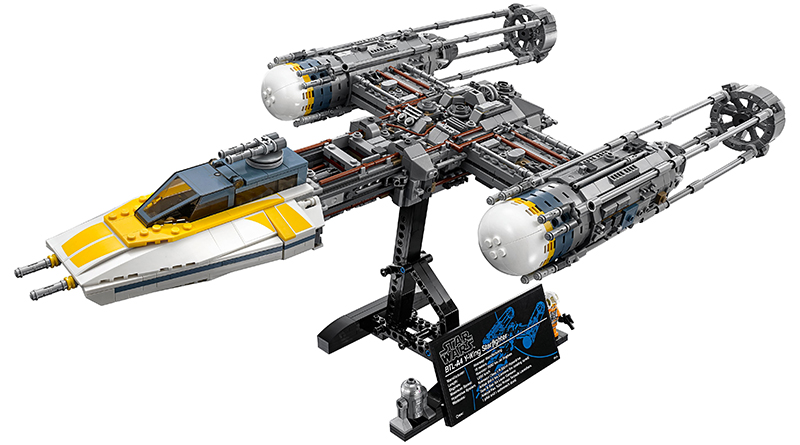 Fans who have been looking at buying LEGO Star Wars 75181 Y-wing Starfighter, part of the Ultimate Collector Series, may wish to do so today – the impressive model has been reduced from £169.99 to £135.99.

The Brick Fanatics review found that the massive 1,967 pieces create “a visually appealing model due to the incredible level of movie accuracy on every front”. The set includes a Gold Leader minifigure and an R2-BHD droid.

The discount coincides with the Triple Force Friday promotion, that also gives customers double VIP points on all LEGO Star Wars orders and a free exclusive 40362 Battle of Endor – 20th Anniversary Edition set with any orders on the theme totalling £75 or more.

New sets based on The Rise of Skywalker and The Mandalorian launched today: