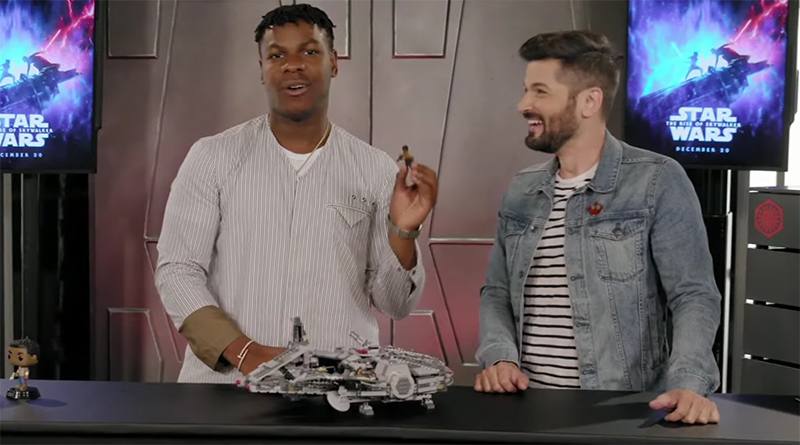 During a product spotlight YouTube show, Star Wars actors including John Boyega have paid tribute to the talented product development team at the LEGO Group.

On Thursday, the Triple Force Friday global reveal was livestreamed by the official Star Wars YouTube channel, showing talented actors react to the unveiling of toys based on the upcoming film, The Rise of Skywalker.

During the 40-some minute show, there are some warm words for the LEGO Star Wars team responsible for developing the products. “LEGO always impress,” says John Boyega, who plays Finn, as he admires his latest minifigure.

Billy Dee Williams, characteristically channelling Lando Calrissian, the coolest character in the galaxy, says of the product creatives: “I would like to complement the people who put all of this together. The unsung heroes who never get talked about who, the craftspeople putting this stuff together.”

“LEGO, one of my favourite companies,” says Anthony Daniels when getting a glimpse of 75257 Millennium Falcon. “That’s real quality stuff.”