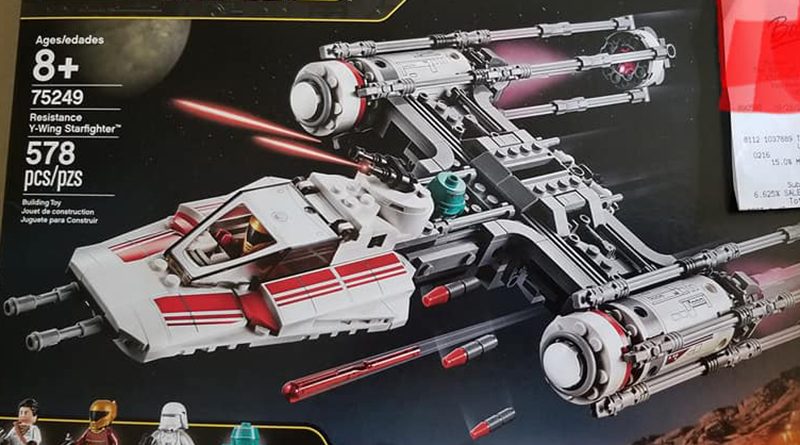 The Star Wars: The Rise of Skywalker LEGO finds continue, with a fan picking up 75249 Resistance Y-wing Starfighter at a US department store.

LEGO Star Wars sets based on The Star Wars: The Rise of Skywalker have still not been announced by the LEGO Group or Lucasfilm, despite being due for release in less than two weeks on October 4, which has been dubbed ‘Triple Force Friday‘. 75250 Pasadana Speeder Chase, 75256 Kylo Ren’s Shuttle and 75232 Kylo Ren and Sith Trooper were all found at retail over a week ago and a YouTuber managed to snag the entire wave today.

Now, a branch of Boscov’s, a US department store, has sold 75249 Resistance Y-wing Starfighter to a member of the Brickset Facebook group. The set was priced at $69.99 and contains a selection of characters – Poe Dameron, Zorii Bliss, First Order Snowtrooper, Astromech Droid and D-0.

MandRProductions takes a close look at the set, including its many stickers, in this video: