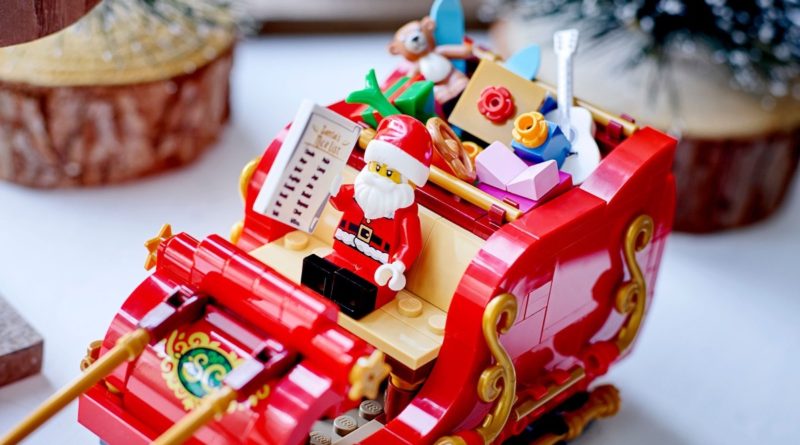 With the new LEGO Seasonal 40499 Santa’s Sleigh right around the corner, it’s time to dig into the LEGO history of this festive transportation.

Whilst a brand new model for the annually-celebrated Sleigh is nearing its release date, this is far from the first time the LEGO Group have made a set featuring the Christmas icon.

For this list, we’ll only be covering full sets with a dedicated model of Santa’s favourite method of delivering gifts, no matter the scale. That means no polybags or Advent Calendar builds, but rest assured there are plenty of those.

Without further ado, here’s every LEGO build for Santa and his Sleight from the oldest to the upcoming creation:

Releasing in 1977 as the first dedicated iteration to the iconic festive transportation, 246 Santa and Sleigh featured the most necessary aspects of the seasonal build, including a brick-built reindeer and a bright blue sleigh, not to mention the jolly figure himself.

Whilst this original interpretation wasn’t minifigure scale, it still had room for gifts ready for delivery around the world. Despite it being 43 years old, the overall concept for the set wouldn’t change too much over the incoming years.

1628 Santa with Reindeer and Sleigh

12 years after the release of 246 Santa and Sleigh, the LEGO Group decided it was time for another attempt at the sledge. 1989 saw the launch of 1628 Santa with Reindeer and Sleigh, adding the animal into the title of the set and giving them a festive hat too. Similar to the first iteration, this build was not depicted at minifigure scale but did replace the yellow bricks with string for dynamic posing.

Additionally, this model could even be rebuilt into various other creations including a cargo ship, as another way to represent how gifts might be delivered worldwide in time for Christmas.

Whilst many other polybags and Advent Calendars would include a LEGO Santa and sleigh over the next few decades, it wasn’t until 2014 that the next dedicated, larger model for it would be made, nestled in a Winter Village Collection entry. Within LEGO Creator Expert 10245 Santa’s Workshop was a detailed version of Santa’s sleigh, complete with four brick-built reindeer.

Calling back to the 1977 set, this recent interpretation included bricks for the reins again as well as golden detailing and a red and green colour scheme to keep things festive. However, the sledge was not the main focus of 10245 Santa’s Workshop, an issue that will be resolved soon.

Releasing on October 1 2021 is the biggest of Santa’s iconic LEGO transportation to date. 40499 Santa’s Sleigh is a modern set dedicated entirely to the Sleigh and featuring four of the new reindeer pieces.

With golden elements, brick-built reins that can be moved for posing options. printed bricks and an exclusive Santa minifigure, it’s undoubtedly the most impressive iteration of the sledge yet. 40499 Santa’s Sleigh will set you back £34.99 / $36.99 / €36.99 when it launches this October. 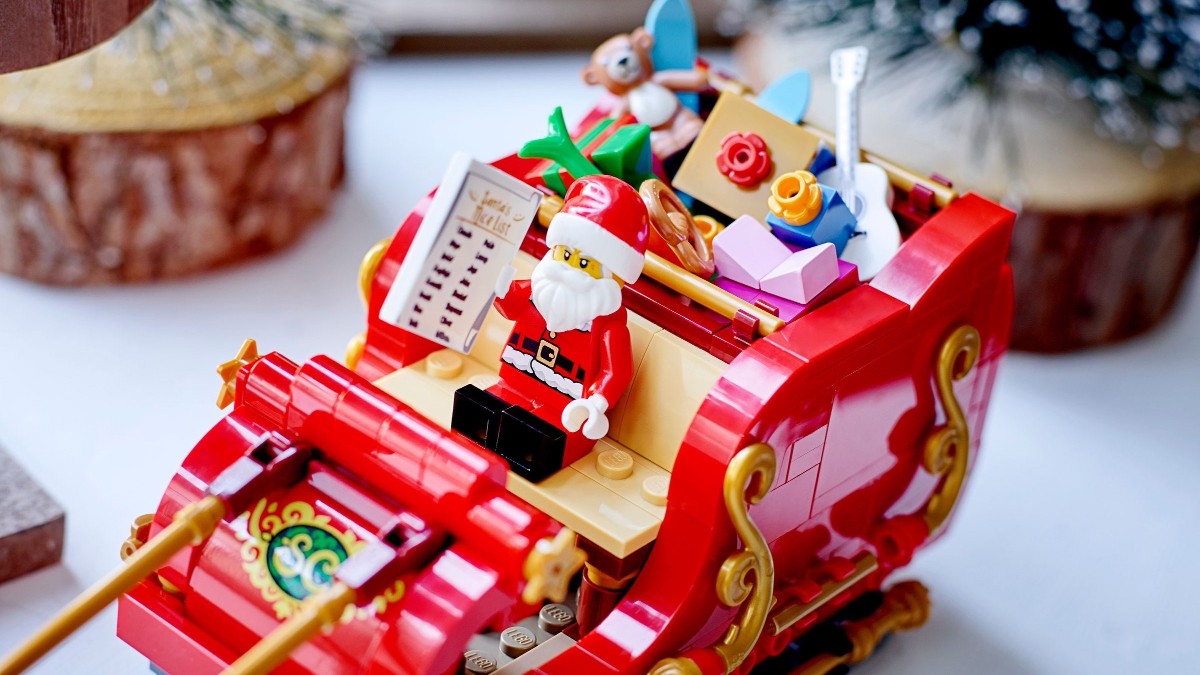