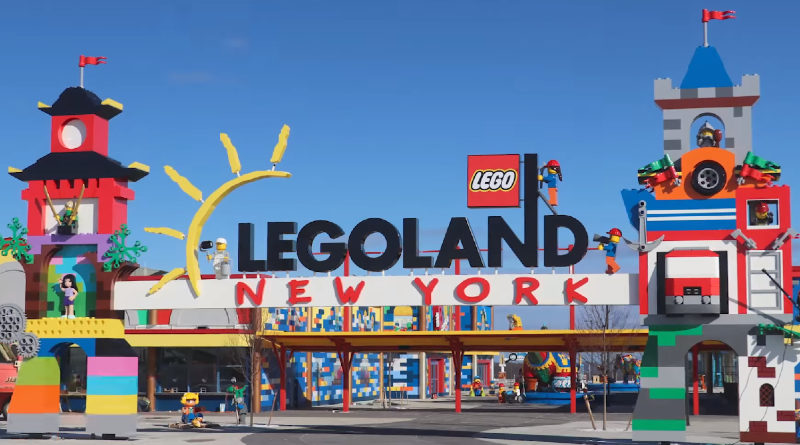 LEGOLAND New York has now opened to guests, bringing the state of the art attractions and lands to guests as the latest LEGO-themed resort worldwide.

Builders who have been eagerly anticipating the opening of LEGOLAND New York will be pleased to hear that the new theme park is now open, following a flurry of previews and soft openings. Located in Goshen, the resort is now letting builders explore the first phase of LEGOLAND New York.

The state has quite a few new experiences now open for nearby builders with the theme park joining the redesigned flagship LEGO Store at the Rockefeller Center. However, one key difference between the two is that the size of the former allows for some unique attractions including the exclusive LEGO Factory Adventure, a trackless ride that is making its debut at the New York resort.

For builders a little too far to visit LEGOLAND New York right now, the new technology utilised within may eventually make its way to other LEGO theme parks around the world, and we’ll let you know if it does.

You might be surprised to hear that the opening is only the first phase of LEGOLAND New York as the finishing touches are still being applied to the park’s only official hotel. The LEGOLAND Hotel will start hosting guests from August 6, with reservations now open.

“What Legoland is going to be is a magnet, an attraction for a magnificent part of the state that has been unrealized to date,” said Governor Andrew Cuomo “Come to the Hudson Valley.”

The resort has had a fair amount of involvement from nearby communities too, with a contest open to name a giant red dinosaur and another hiring for a dream job in the model shop. This is far from the last LEGOLAND resort to open, with four more in development over in Asia.