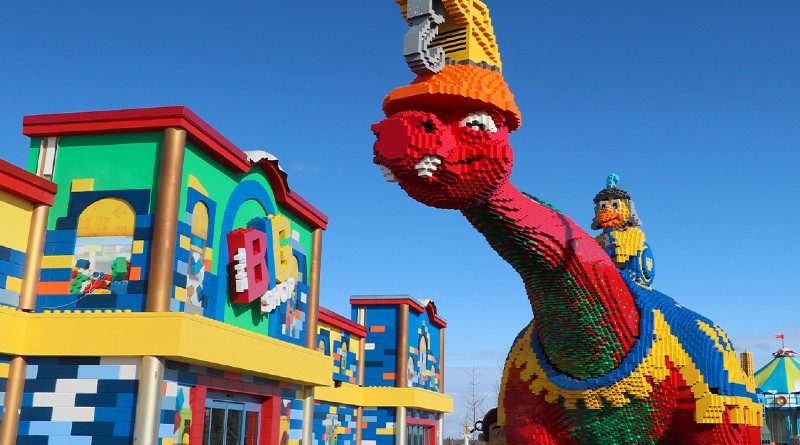 LEGOLAND New York is holding a new contest for one fan to become a part of the resort’s history by naming an iconic feature of the park.

If you’ve ever been to a LEGOLAND theme park then you may remember the prehistoric pals that stand at the entrance to welcome guests both young an old. These brick-built dinosaurs feature at many of the resorts around the world and that tradition with the newest LEGOLAND.

LEGOLAND New York has uploaded a new video showcasing their version of the dinosaur that will greet guests when they enter the park. Their version currently named the big red dino is made up of 182,101 DUPLO bricks with a knight bird on its back and a crane-topped construction helmet. It seems the resort team aren’t happy with that name however and are asking fans for suggestions on what the build should be called.

The new contest can be entered through the following form and some suggestions are given for the name, perhaps those more local to the New York resort even have their own ideas of nearby inspiration for a name. The form will be open until February 28, at least according to WPDH, and whatever name you suggest must be appropriate for all ages. The only prize in this contest is the knowledge that you’ll be a permanent part of LEGOLAND New York’s history.

LEGOLAND New York is scheduled to open this year and will feature more than 50 attractions including the never-before-seen LEGO factory ride that will utilise new technology for the LEGOLAND parks. Recently, the entrance archway was completed with construction almost done.