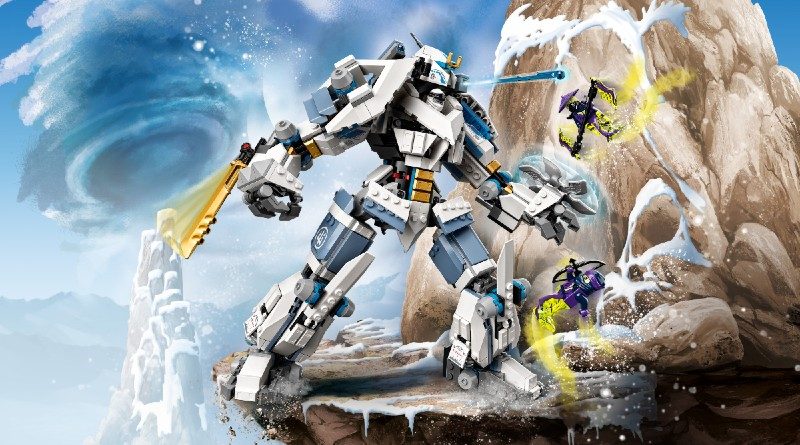 As NINJAGO reaches ten years old, it’s time to look back at some of the sets that have graced the years, with one receiving four iterations, including its concept design.

LEGO NINJAGO 71738 Zane’s Titan Mech is a new model for 2021, that reimagines an older set from 2015. However, there are a number of notable differences from that version, not to mention its original design, from before it was a set.

The 2015 model 70737 Titan Mech Battle included two mechs, rather than just Zane’s. The 746 pieces provided a duo of mechs to battle each other, as was the set name. However, the 2021 version only includes Zane’s mech, using the entirety of 824 pieces to provide more detail and possibility of posing than the original model.

The concept for this set was entirely different than both, however, with it including a large shuriken rather than the swords attached to the arms. Zane was also enclosed in the cockpit with a transparent piece, rather than being exposed to the snowy elements. The original also featured much more white in its colour scheme than the sand blue in the latter two versions. However, 71738 Zane’s Titan Mech is undoubtedly the largest of the trio. The smallest of them would be the fourth iteration, 30591 Titanium Mini Mech.