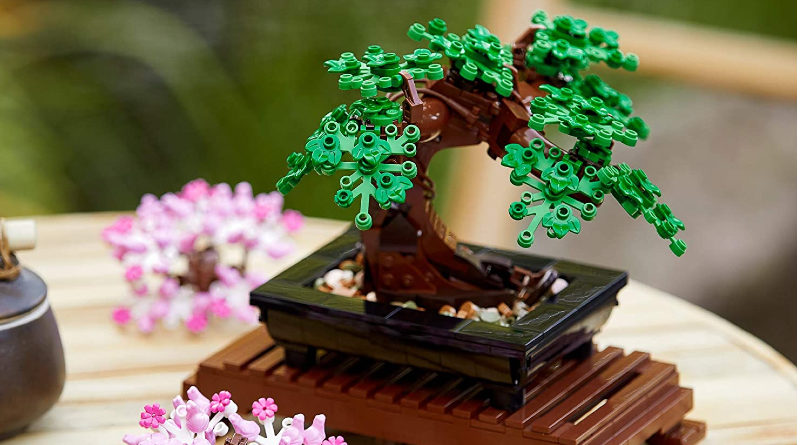 The LEGO Botanical Collection has been spotted on Amazon, with the prices for both 10280 Flower Bouquet and 10281 Bonsai Tree listed.

Next year, the LEGO Group will launch a new collection of 18+ sets which focus on greenery and plant-centric models. The first and so far only models in this collection are 10280 Flower Bouquet and 10281 Bonsai Tree.

Both of these new sets will launch January 1 and are currently available for pre-order on Amazon Canada. With these new listings come the first official for these sets. According to the listing, 10280 is $69.99 CDN and 10281 is $69.99 CDN.

10280 features a vibrant bouquet to display in a vase, all using curved LEGO elements and unique pieces to recreate the flowers. 10281 includes a bonsai tree with a curved trunk and luscious canopy of leaves that can be switched out for cherry blossom blooms. Thankfully, both of these LEGO plants will require much less water than the real alternative.