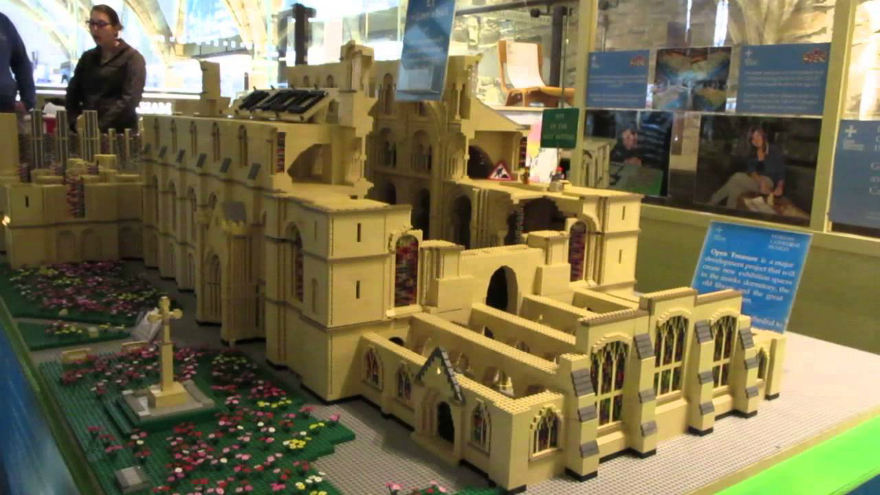 Hot of the press – A fundraising project to create a Lego model of Durham Cathedral has passed what organisers described as a significant milestone. With 300,000 bricks required to complete the project, the 200,000th piece was added by South Korean student Chang Soo Lee.

In honour of the occasion, he was awarded a commemorative medal.The project was launched in July 2013, with people invited to donate £1 for each brick Chang Soo Lee, who was visiting the cathedral with fellow classmates as part of a international collaborative venture organised by Northumbria University, said he was really surprised to discover his brick was so significant.

“I think the Lego cathedral is awesome,” he said.

“It’s great to be involved in such a great project, and I can’t wait to see the finished model.”

All donations will go towards Open Treasure, a project to improve public access to some of the collections the cathedral has acquired over the centuries.

Durham Cathedral’s head of development, Gaye Kirby, said: “With only 100,000 bricks left to build, we invite everyone to help us complete the model and celebrate the opening of the cathedral’s new exhibition spaces later this year.”