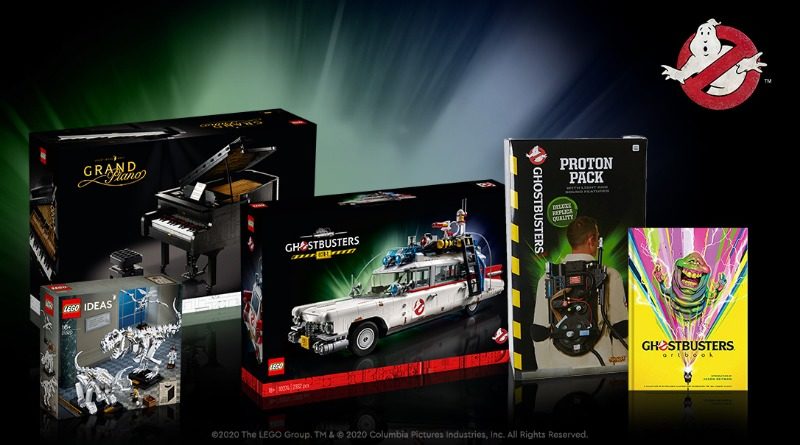 The winning ghosts and ghouls that terrified the judges of the LEGO Ideas Build a Ghost You Are Afraid Of Ghostbusters-themed contest have been revealed.

LEGO Ideas has now identified the most ghastly ghouls of all the entries in the Ghostbusters contest, that launched last November via the blog. The original contest was launched to promote the launch of 10274 Ghostbusters ECTO-1.

The original contest asked builders to make scary, spooky or disgusting ghosts that the Ghostbusters could catch and keep everyone safe from. The issue of actively creating problems for the Ghostbusting heroes of New York aside, some creative entries came of this contest, 491 in total.

The grand prize winner of the contest was Joy Sweeper – A Ghost That Will Come for Your Lego Bricks by Nenad_dmc. This design features a haunted vacuum cleaner and a surprisingly scary backstory to the ghoul. Nenad_dmc will be walking away with 10274 Ghostbusters ECTO-1, 21323 Grand Piano, 21320 Dinosaur Fossils and a Ghostbusters prize package.

Two runner-up winners for the contest were also chosen, both of which have won 10274 Ghostbusters ECTO-1, 21320 Dinosaur Fossils and a Ghostbusters prize package. One of the winners was LLCoolD’s Haunted House.

The final winner of the contest looks lightly slightly friendlier than the others. Gnorl the Tickly Monster was created by sdelrue and is a friendly, but foul-smelling ghost that loves to hug.

LEGO Ideas has another available contest happening at the moment that fans wanting to avoid ghosts can still enter. The WE LOVE SPORTS contest asks fans to share sports-themed entries with the chance for theirs to become a real set and win a huge prize package.