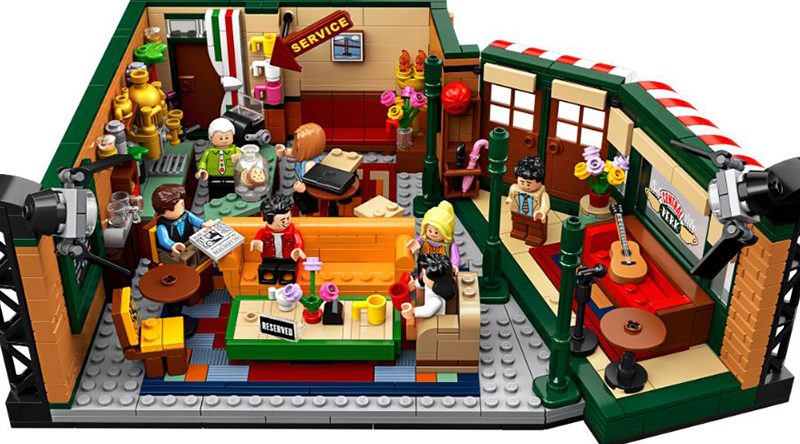 Another rumour has surfaced, suggesting that one more LEGO set based around the TV sitcom Friends might be on the way.

This originates from Eurobricks user VanIslandLego, who has apparently told YouTuber Brother From Another Brick of their understanding that another Friends set could be coming. VanIslandLego has supposedly been responsible for initial rumours surrounding 10274 Ghostbusters ECTO-1 and 10276 Colosseum and first shared the name of 10275 Elf Clubhouse shortly before its release.

With this in mind, YouTubers Just2Good and Ashnflash have both reported on the rumour on their respective channels. However, it should be remembered that this remains only a rumour and no matter the reputation of the Eurobricks user, should be treated with a grain of salt regardless.

In his video, Justin notes that a set of key chains for six of the minifigures in the LEGO Ideas 21319 Central Perk set are now listed on the official online LEGO store, over a year after the initial release of the set in 2019.

However, the key chains might simply be to coincide with the upcoming release of The Friends Reunion Special which is due to release on HBO Max later this year. Equally the incoming special, combined with the success of 21319 Central Perk, might prompt the LEGO Group to consider extending the Friends license beyond the LEGO Ideas set but, for now, there is simply no way to know for certain.

There are no further details to this rumour at the time of writing, including what this supposed set would actually be based on. Justin speculates that a potential location could be one of the main character’s apartments but again nothing is confirmed.

LEGO fans should take this rumour with a grain of salt until an official announcement is made. VanIslandLego also believes that a LEGO Titanic and another stadium model might be on the way later this year. However, these are also rumours.