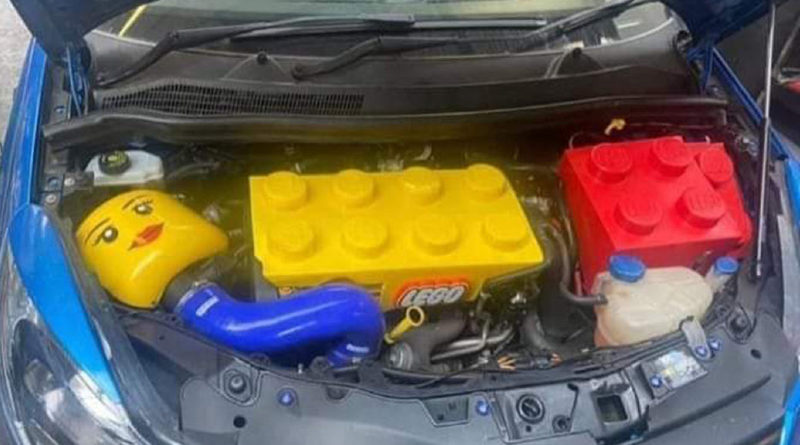 It seems that LEGO fans really can find a way to implement the brick into every aspect of their life, with someone creating a LEGO engine bay in their car.

Have you ever felt like your vehicle simply doesn’t have enough LEGO in it for you, even with those models on your dashboard? Well someone might have come up with a solution, even if it’s a strange one.

Car Scoops first reported on the unique creation, which was found to be uploaded to Reddit by Wolf_Daddy95. It’s not clear if this is their own creation or if they simply found it amusing enough to share.

Either way, it’s certainly one of the more unusual LEGO projects, with what looks to be three oversized bricks of varying sizes placed over key components of the engine, as well as a minifigure head off to the side, acting as plastic covers.

These enlarged pieces might be made of LEGO storage boxes, but with one featuring a moulded logo, we can’t be sure. However, it’s undoubtedly a creative way to make sure any mechanics know that this is your car. If nothing else, it would definitely be a talking point at your next MOT.

If you’re wanting something a little more familiar, LEGO has a variety of brick-built engine bays in their sets, including a V8 engine with working pistons in the new 42125 Ferrari 488 GTE AF CORSE #51.