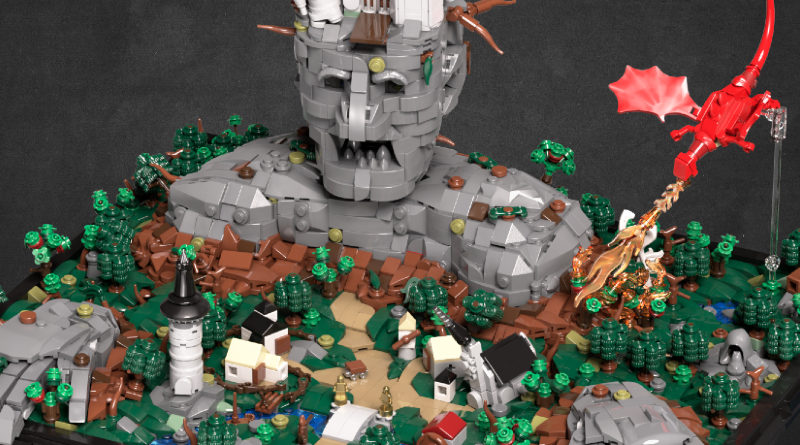 Microscale can offer an adorable aesthetic when it comes to LEGO builds by making something beautiful out of fewer pieces, but what if you took that idea and made something huge?

That very thought is what one builder had and created a 5,400-piece microscale display, mixing the smaller scale with a fantasy world. Despite the huge piece count, it results in a model nearly the size of a baseplate.

Corvus_A on the LEGO subreddit is the creator behind the build which was rendered in LEGO brick-building software but later commented that it only uses real bricks in existing colours to keep things fair.

Although it’s a lot bigger than most microscale creations, there’s some inventive piece usage such as the green epaulettes for leaves and a hood for a cave entrance.

A red dragon is attacking the fantasy village as a stone giant rises out of the ground, lifting a nearby castle with it. Even the village is packed with details such as fenced gardens and a wooden carriage, not to mention a pair of golden statues.

As big as the build is, it’s still just overtaken by the LEGO Group’s own 71043 Hogwarts Castle which comes in at 6,020 pieces, but it is at a slightly larger scale.