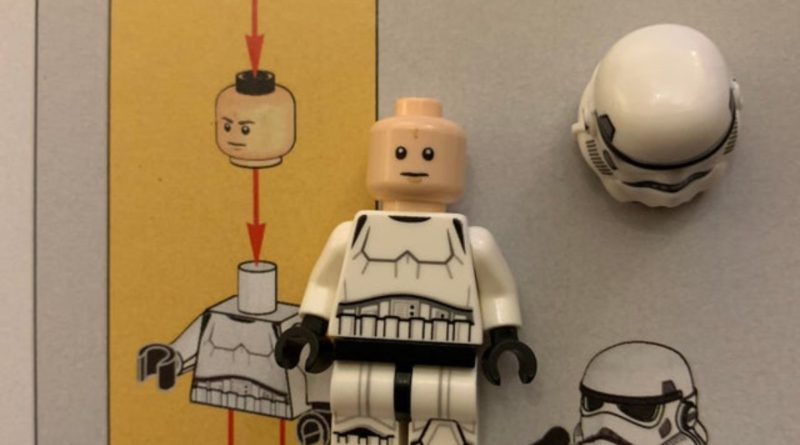 LEGO misprints are nothing new: every now and then, a minifigure or piece slips through the cracks of LEGO quality control, horrifying children or causing consternation for adults. And while they generally run the gamut from slightly unfortunate to downright creepy, some of them are actually genuinely brilliant.

Just take reddit user noonelikesadampsock’s Stormtrooper, for instance, who left factory lines before receiving his standard-issue eyebrows. The result is a trooper who looks alarmingly neutral, or maybe just like he’s seen some stuff he’ll never talk about to anyone. (The horrors of intergalactic war would probably do that to you.)

It’s the rare kind of misprint that still makes for a serviceable LEGO piece (unlike, say, reverse Chewie), and also makes us wonder what effect removing eyebrows from other characters would have. Probably a lot of open-mouthed stares, based on how angry a lot of minifigures tend to be, but no doubt a lot of these weirdly neutral expressions, too.

While your chances of scoring a similar head in 75300 Imperial TIE Fighter are probably pretty slim, you can roll those dice right now with the smaller, more affordable rendition of the iconic ship at LEGO.com. And if you do only cop the standard print, there’s always Brasso…