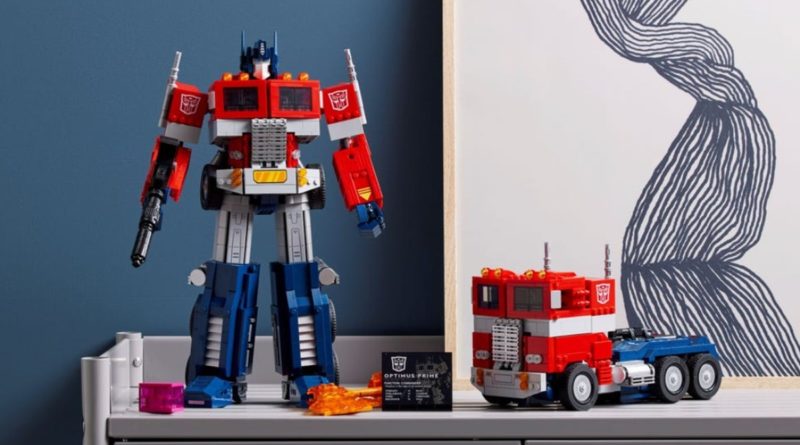 For a franchise about transforming robots, Transformers has had a lot of comic crossovers, a few of which can be recreated with current LEGO sets.

The many issues and lines of Transformers comics have led to multiple crossovers with other franchises and properties. Interestingly, a few of these brands also have LEGO sets currently available, some of which could be combined with the only official LEGO Transformers model for a brick-built crossover.

With a mix of franchises at a scale almost rivalling that of LEGO Dimensions, here are five Transformers crossovers to inspire a remix of 10302 Optimus Prime. You can pick up the LEGO Transformers set now for 20% off on LEGO.com worldwide and with double VIP points as well as a free set in select regions too.

Marvel has had a few crossovers with Transformers in the comics, at least partially thanks to the company publishing some of its earliest issues and inserting Spider-Man as a guest star in 1985’s Transformers volume one, number three.

However, Optimus Prime has also met up with the Avengers in the New Avengers/Transformers comic run from 2007, teaming up with the likes of Captain America, Wolverine and more of earth’s mightiest heroes. There are plenty of LEGO Marvel sets featuring the Avengers and X-Men characters, including 76202 Wolverine Mech Armour.

Titled Ghosts of Cybertron, this mini-series saw the Autobots and Decepticons encounter the Ghostbusters, including an alternate design for Optimus Prime on the cover of the third issue.

With 10274 Ghostbusters ECTO-1 and 10302 Optimus Prime, you can translate the classic Ghostbusters colour scheme onto the Transformers model and recreate this crossover.

Transformers has even crossed over with Back to the Future in another comic series from 2020. One notable feature of this crossover, that the Ghostbusters mini-series shares thanks to Ectotron, is a Delorean Transformer.

The Back to the Future Transformers Comic run featured the ex-Decepticon Gigawatt who took the form of the trusty Delorean time machine. Their design could be recreated with a build inspired by 10302 Optimus Prime, but using parts from 10300 Back to the Future Time Machine.