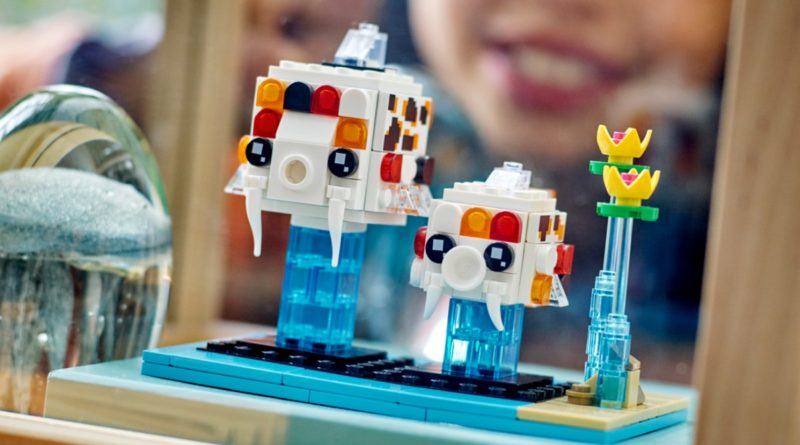 From underwater to on the grass, two new LEGO BrickHeadz Pets models have launched today, expanding the theme with new animals.

As always, they featured a display stand to pose the adult and younger version of the animals together. In 40545 Koi Fish, that stand includes a pair of water lilies suspended with transparent blue poles to simulate the underwater atmosphere. In 40546 Poodle, it includes a detailed lampost with golden detailing.

Here’s a look at every new LEGO BrickHeadz set that launches today, including 40547 Obi-Wan Kenobi & Darth Vader which is releasing for the first time in the US:

Both BrickHeadz use a new build apart from the base structure. The Koi Fish are especially colourful with transparent orange and red scales. You can grab both for £13.49 / $14.99 / €14.99 each on the official online store now, as well as 40542 FC Barcelona Go Brick Me. A Manchester United BrickHeadz is also listed as ‘coming soon’ at the time of writing, so may be available today too.