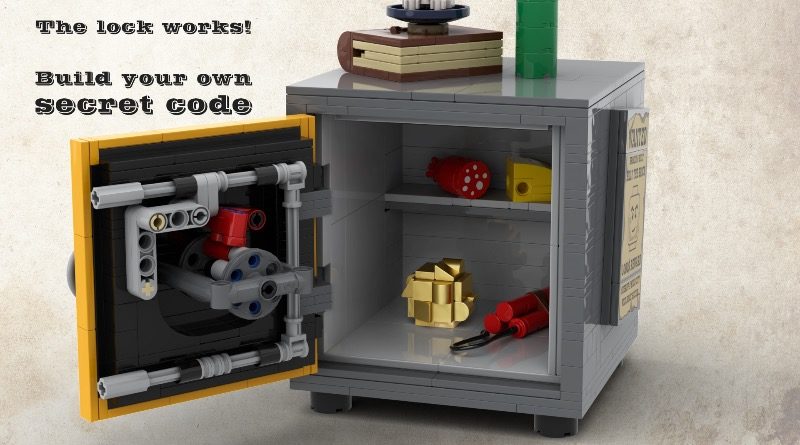 As the first crowdfunding round in the BrickLink Designer Program inches ever closer, we’re taking a look at the Sheriff’s Safe to see if this is a rejected LEGO Ideas set worth unlocking.

Eight different 10K Ideas projects are about to go into the running to become officially-produced LEGO sets through the BrickLink Designer Program, which features concepts that faltered at the final stage of LEGO Ideas. The first five to reach 3,000 pre-orders will enter production, with sales maxing out at 5,000 per set.

We’ve already gone deep on a bunch of the projects in this first of three crowdfunding rounds, including The Legend of BIONICLE, Castle of the Forest and Pursuit of Flight, but Il Buono’s Sheriff’s Safe offers something remarkably different to each of its compatriots.

While it’s not the only mechanical model in the mix, it is the only one to offer a working combination lock, with 24 possible codes to choose from. You can also record your chosen combination in a brick-built book using stickered tiles, in a sort of lo-fi version of a password manager app. (Retro!)

If you prefer your LEGO builds both practical and functional, the Sheriff’s Safe is definitely worth a look-in. You can catch a glimpse of the model in action by hitting play on the video above, which also shows off the Western theme it’s anchored around. That comes through in not only the stickered details, but in the brick-built items scattered around the set, including a gold nugget and dynamite.

Il Buono’s project is now marked as ‘production ready’, which means it’s passed the LEGO Group’s rigorous tests required to enter the crowdfunding phase, and – should it be one of the first five sets to reach 3,000 backers – go into production. You’ll be able to pre-order a copy through the BrickLink Designer Program from July 1 at 4pm UK time.