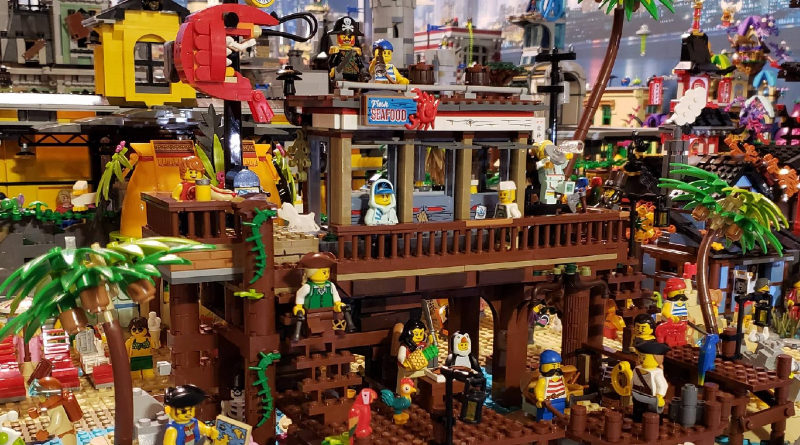 Those who’ve recently acquired 21322 Pirates of Barracuda Bay might be wondering what to do with the island once the iconic ship has been reassembled, thankfully, one LEGO fan has the answer.

21322 Pirates of the Barracuda has been a popular set since it released last year, with plenty of nostalgic elements in the set. Fans can relive their childhood by assembling a modern-day version of the Black Seas Barracuda from the model but might find themselves with an empty island afterwards. Thankfully, that doesn’t have to be the case.

InfamousKONVICT posted their once empty Barracuda Bay on Reddit, showing what they used to fill the space after moving The Black Seas Barracuda to a separate display. Their solution was to transform the island into a shrimp-lovers paradise.

By combining LEGO Hidden Side 70422 Shrimp Shack Attack with 21322 Pirates of Barracuda bay, a multi-tiered transformation of the Diner took place, with the Hidden Side set placed on top of an extra brick-built platform, even the tree on the right side has been transformed.

The Shrimp Shack seems to be popular with the old pirate crew, with Captain Redbeard and company stopping by on all levels of the model. The re-imagined build has been placed into a lively city scene, that fits perfectly with this chaotic combination model