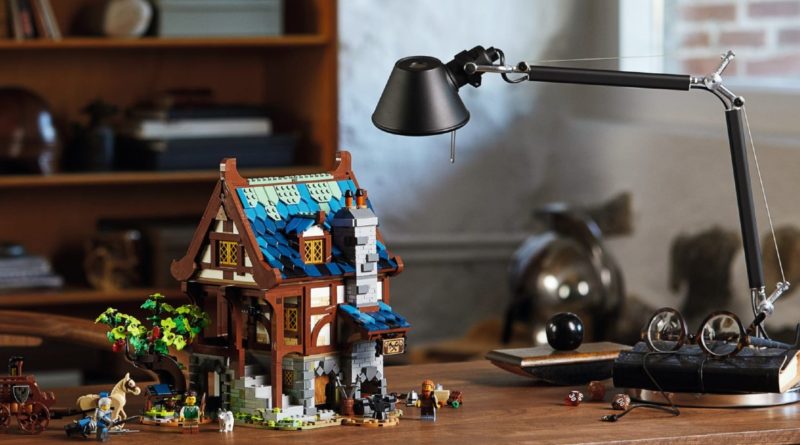 As we near the launch of a new LEGO castle, you can still get your hands on LEGO Ideas 21325 Medieval Blacksmith for 20% off at John Lewis.

There are few things every kingdom needs more than a blacksmith, and 21325 Medieval Blacksmith is exactly as the name describes. This LEGO Ideas model is based on a fan design from Clemens Fiedler, realised as a real product by designer Wes Talbott. It first launched in February 2021 and for those who have yet to pick up 21325 Medieval Blacksmith, John Lewis is still offering 20% off the model, bringing it down from £129.99 to £103.99 – with free delivery.

The reasons to consider 21325 Medieval Blacksmith are numerous, though the minifigures are sure to be tempting for fans of classic LEGO Castle sets, fantasy or even those who just prefer the medieval era. These include a blacksmith, archer, and two Black Falcon Knights in armour that is almost identical to that worn by the faction members in the upcoming Castle creation.

A horse with printed reins and a husky are also featured, with the printing on the horse covering nearly the entire head offering a complete appearance. The details on the blacksmith building are nothing to glance over either, with curved tiles used to capture the exposed wooden beams that are a signature part of Medieval architecture.

At the time of writing, the listing on John Lewis reveals that 30 copies of 21325 Medieval Blacksmith have been bought in the last 24 hours alone, indicating that this discount has been a hit so far, but it also raises the possibility of stock shortages. Those hoping to secure a copy of the reduced set might want to do so sooner rather than later.