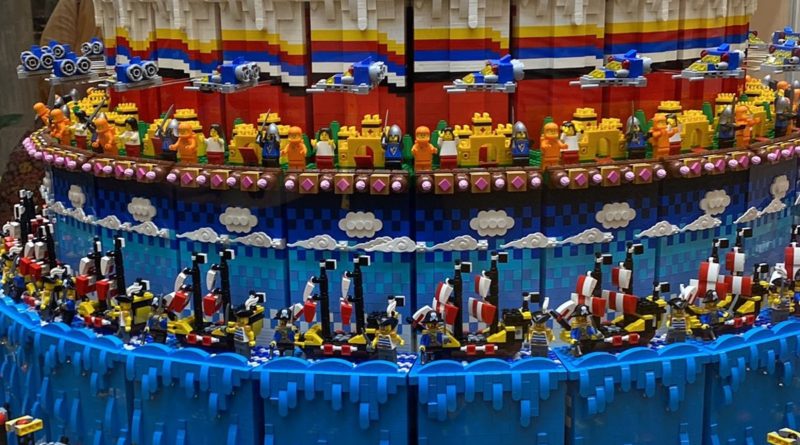 The LEGO Group celebrated their annual Play Day in 2022 with a moving centrepiece that turned out to be a worthwhile sight to see.

Over in Billund, the LEGO Group recently treated their employees to the annual Play Day celebration, where everyone is treated to a day of fun including games, live music and, of course, LEGO bricks. Designer Mark Stafford was in attendance at the event and shared an interesting inclusion at the 2022 Play Day on Twitter.

The above video was shared first, demonstrating the spinning display that uses models arranged circularly with slight changes between them to create an animated scene via an optical illusion. The design of the build seems to suggest that it’s based on the 90th anniversary and references classic themes such as Pirates, Castle, Space and DUPLO.

The designer soon followed the video up with a stationary picture of the model, giving us a closer look at how it’s built. You might notice that a few of the models are from a past GWP celebrating the 60th anniversary of the LEGO brick – 40290 60 Years of the LEGO Brick.

The 90th-anniversary links don’t end there as other photos from Play Day 2022 include the campaign’s branding on the main stage. A recent press release named Play Day as part of the celebrations as well as events in select LEGOLAND parks and collaborations with various partners.