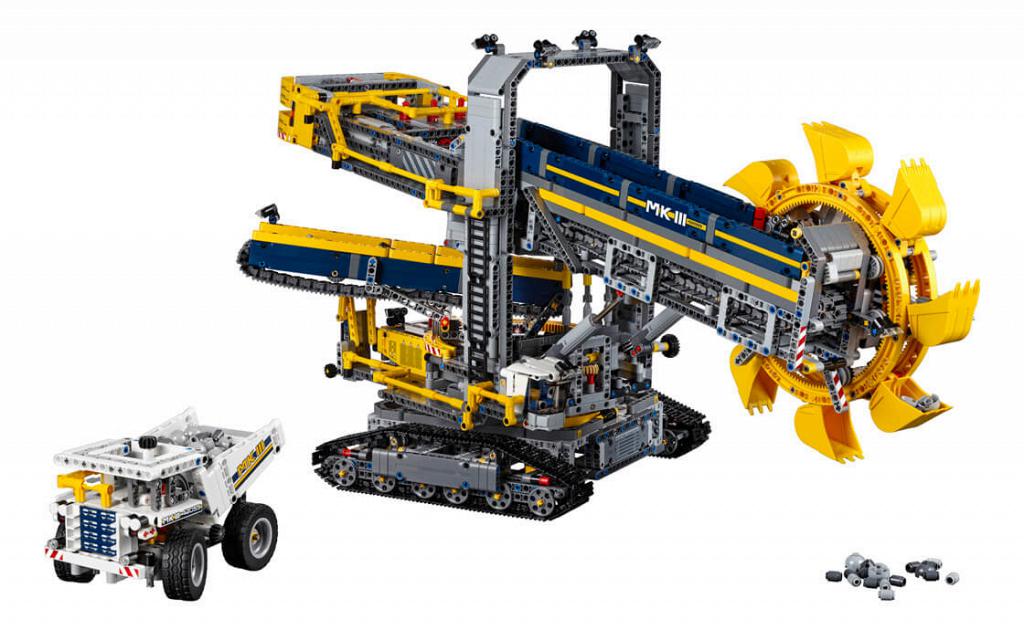 Amazon UK Prime customers are getting a day of deals, including some appealing discounts on LEGO sets.

For the Amazon Prime Day promotions, the retail giant has discounted LEGO sets by up to 51% – meaning that fans can pick up the mighty LEGO Technic 42055 Bucket Wheel Excavator for almost half price. The almost 4,000 piece set can be had for just £108.29, which could be cheap enough to tempt even devoted System fans to pick up the complex marvel.

LEGO BOOST 17101 Creative Toolbox is also on a deep discount, with 40% knocked off the usual £149.99, bringing the coding kit down to £89.99. For those looking to try out the LEGO Group’s latest robotic offering, it is worth considering.

Fans of LEGO City may find some appeal in buying 60173 Mountain Arrest for £20.79, almost half its regular price. As well as helicopter with the new net shooter element and a bandit’s hide-away, the set includes the desirable bear element, which many collectors will want to add to their animal line-up.

From the LEGO Friends theme, 41313 Heartlake Summer Pool has the biggest discount with 51% knocked off the set’s regular price. That makes this season appropriate set just £26.95, which makes the colourful set’s 589 pieces much better value than usual.

Amazon Prime Day deals are only available for today, or while stocks last.