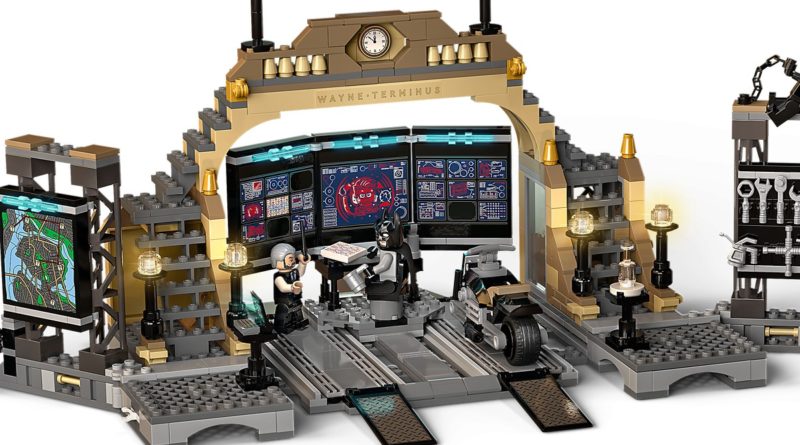 Actor Andy Serkis is starting to amass quite the collection of LEGO minifigures, with the new The Batman sets adding another to the range.

As part of LEGO DC 76183 Batcave: The Riddler Face-off, a new Alfred minifigure has been revealed, showcasing Andy Serkis in the role of the character. However, this is far from the first appearance of the actor in bricks, with his LEGO debut dating back to 2012.

LEGO Lord of the Rings launched in 2012, recreating the fantasy movies in a variety of sets, with new minifigures and pieces to accompany them. As part of the first wave of models, Gollum received a minifigure with two new bricks made specifically for the character. Gollum is played by Andy Serkis in the films, who provided the motion capture and voice for him, making this the first of the four Andy Serkis minifigures.

2018 proved to be a lucrative year for Andy Serkis in terms of LEGO minifigures, with appearances in two high-profile movies leading to a duo of brick-built interpretations.

Supreme Leader Snoke in Star Wars: The Last Jedi and Ulysses Klaue in Marvel Studios’ Black Panther both received minifigures in the film’s respective sets. The latter was more accurate to the actor than the Star Wars villain, less CGI special effects needed to bring him to life. That makes Ulysses Klaue the most comparable to the new Alfred.

Whilst Alfred is likely older than Ulysses Klaue in The Batman, Andy Serkis will still be portraying the character when the film releases next year. you’ll be able to find his minifigure in 76183 Batcave: The Riddler Face-off when it releases on January 1 2022, or earlier in November in the US with pre-orders now live. For a look at the other three The Batman models, check out our initial report.