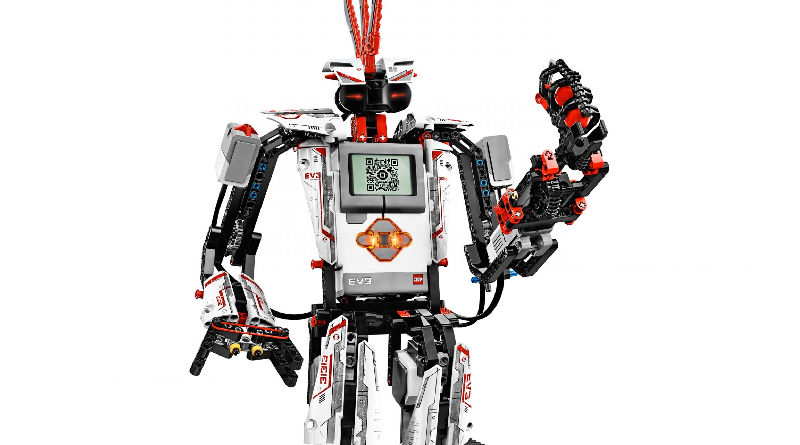 Today has seen the launch of the LEGO Black Friday sale, with numerous sets discounted and an exclusive set available free with select orders.

As well as one-day deal on LEGO DC Super Heroes 76112 Batman App-Controlled Batmobile, shop.LEGO.com is offering a broad Black Friday sale that covers plenty of LEGO themes. Anyone who spends more than £85.00, including on these sale items, will get 40292 Christmas Gift Box added to the order for free.

Brick Fanatics has picked out the five biggest savings to be had from the sale selection:

£60 saving – Mindstorms 31313 LEGO Mindstorms EV3
The coding kit that allows LEGO fans to add functions to their builds is down to £239.99 instead of the usual £299.99 price. While LEGO BOOST has recently received a lot of publicity, MINDSTORMS is the more complex version that is likely to be more rewarding for adult fans or older children. Within the box are instructions for a number of different models, but also tips for going forward with original creations.

£50 saving – The LEGO Batman Movie 70922 The Joker Manor
This large, exclusive set has only been available for around a year – yet it may not be around for much longer. Other The LEGO Batman Movie sets are being retired soon, suggesting that 70922 The Joker Manor may not hang around for as long as some of the other D2C sets do. It is a big build that was the first to include the new roller coaster track pieces. £199.99 is a much more appealing price than the usual £249.99.

£30 saving – BOOST 17101 BOOST Creative Toolbox
While MINDSTORMS may be better for older children and adults, BOOST may be better for younger children or adults who want to keep their coding simple. It is quick to understand and intuitive, recently it has been the star of television series LEGO MASTERS, which demonstrates just how much this kit can do when combined with a decent brick collection.

£24 saving – Technic 42080 Forest Machine
What is amazing about the Technic theme is the number of interesting vehicles that it manages to cover. A forest harvester might not be a machine that many fans would have imagined wanting, but when it comes to life as a Technic set it suddenly makes perfect sense. Power Functions allows the model to actually move, and at its usual £119.99 price it offers good value – at £95.99 even more so.

£12 saving – Star Wars 75220 Sandcrawler
75220 Sandcrawler was only recently reviewed here at Brick Fanatics, with the review finding the set to be very worthwhile as a scaled down Jawa mobile home. Some fans have been perplexed by its slightly odd proportions, so perhaps the discount offers the opportunity to take a chance and see how this set feels when completed. It certainly won’t take up as much space as 75222 Betrayal at Cloud City…

LEGO DC Super Heroes 76112 Batman App-Controlled Batmobile is only discounted for today, available until midnight or while stocks last.

Fans in the US will have to wait until tomorrow for the discounts to begin.