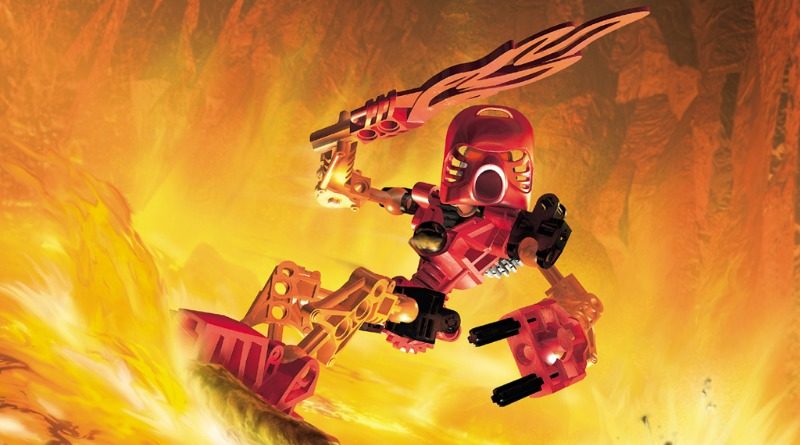 BIONICLE, Classic Space and Pirates are currently the three front-runners for next year’s 90th-anniversary LEGO set.

The LEGO Group turns a whopping 90 years old in 2022, and it’s celebrating by resurrecting a classic theme for a one-off set. The theme in question will be partially determined by fans, courtesy of an open vote on the LEGO Ideas platform to select a top three, from which the LEGO Group will make a final decision.

StoneWars has now parsed the votes of some 55,159 LEGO Ideas users, coming up with a snapshot of how the poll stands at the moment. It’s set to run until January 25, so remember, these results could well change before the vote ends – but at the moment, there’s a very clear winner on the cards.

The constraction theme BIONICLE – which helped to bring the LEGO Group back from the brink of bankruptcy in the early 2000s – currently has in excess of 17,000 votes, representing an 11.9% share of all the votes cast. (Each user can vote for up to three different themes.)

That’s over 4,000 more votes than the current second-placed theme, Classic Space, which has a 9% share of the total votes. Some 2,300 votes behind that is Pirates, completing the top three. If these results hold until the poll closes, those will be the themes from which the LEGO Group will produce its 90th anniversary set.

Even if BIONICLE wins by a landslide, then, its many vocal fans could well be disappointed come 2022, should the company select either the second- or third-placed themes. But the vote isn’t over yet, and while the constraction line has a clear lead, the race for third place is very much on. Just 283 votes separate Pirates, currently in third, and Adventurers, currently in fifth place, with Trains sandwiched in between.

Any one of those could therefore end up in third place by January 25, giving the LEGO Group a different set of options for its anniversary model. Once this initial poll closes, a second vote will run to determine the fan-favourite of the final three – but will apparently have no bearing on the LEGO Group’s decision on which to resurrect in 2022.

As well as calculating the total number of votes, StoneWars has come up with some pretty interesting figures based on the voting habits of LEGO Ideas’ userbase. For instance, 38.5% of the users who voted for BIONICLE – some 6,586 in total – ignored the chance to choose up to three different themes. That suggests they’re only really interested in BIONICLE, which makes sense given it’s so wildly different from every other classic System theme on the list.

The second-most popular voting combination is a mix of Classic Space, Classic Castle and Pirates, accounting for 1.2% of the users who have taken part so far. But this is where things get really interesting, because several Castle and Space subthemes have been split into several individual options, while Pirates has been split into two with Imperials – and tallying those separate results together produces an entirely different leaderboard.

If Castle, Space and Pirates were on the list as collective themes, rather than split across subthemes, the current top five would be (in order): Castle, Space, BIONICLE, Pirates and Trains. The presence of BIONICLE and Classic Space in the top three wouldn’t change, but Castle would rise from its current 6th place (with 8,853 votes) all the way into pole position.

That suggests there’s a lot of love out there for Castle’s various subthemes, and that’s reflected in the actual top 10, with Classic Castle, Forestmen and Lion Knights all present. Of course, LEGO Ideas’ users may have voted differently were those themes actually collected into a single entry, so this is really just a thought exercise, but an interesting one nonetheless.

For the moment, it looks like the LEGO Group will be choosing between BIONICLE, Classic Space and Pirates for next year’s 90th anniversary set. And given 21322 Pirates of Barracuda Bay already feels like a celebration of all things Pirates, we have a feeling the nod would go to Classic Space – but that’s just speculation on our part.

Check back early next week to see which three themes have made the cut, and make sure to cast your vote if you haven’t already.