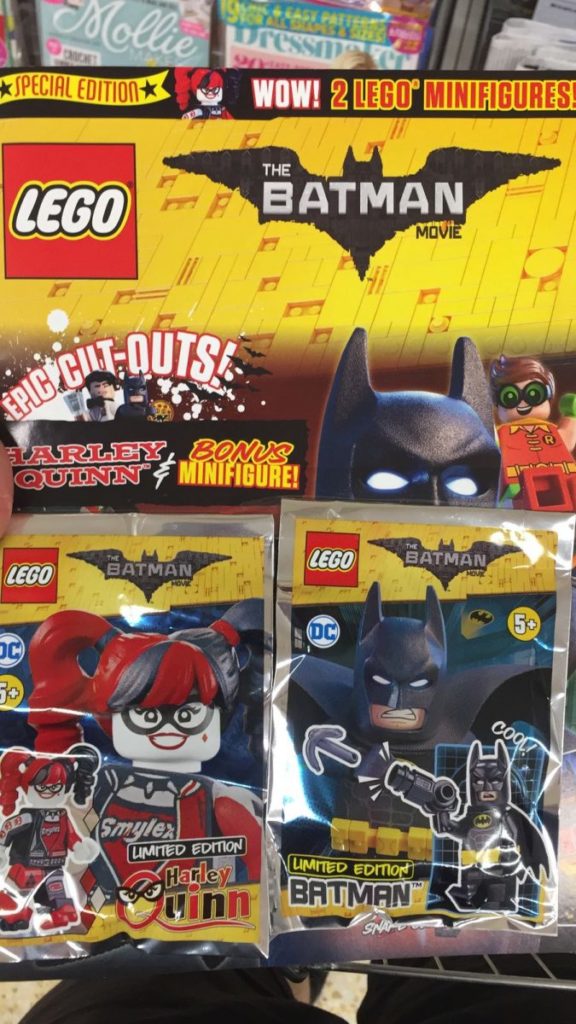 Sainsbury’s stores have a special version of the latest issue of The LEGO Batman Movie magazine available, with two minifigures instead of one.

The final issue of The LEGO Batman Movie magazine is currently available to buy, with a Harley Quinn minifigure attached to the front. For an extra 50p, a special edition is available from Sainsbury’s that comes with an additional minifigure. The version shown here comes with a Batman minifigure in addition to Harley Quinn, but it is likely that some copies with feature the Joker minifigure instead. 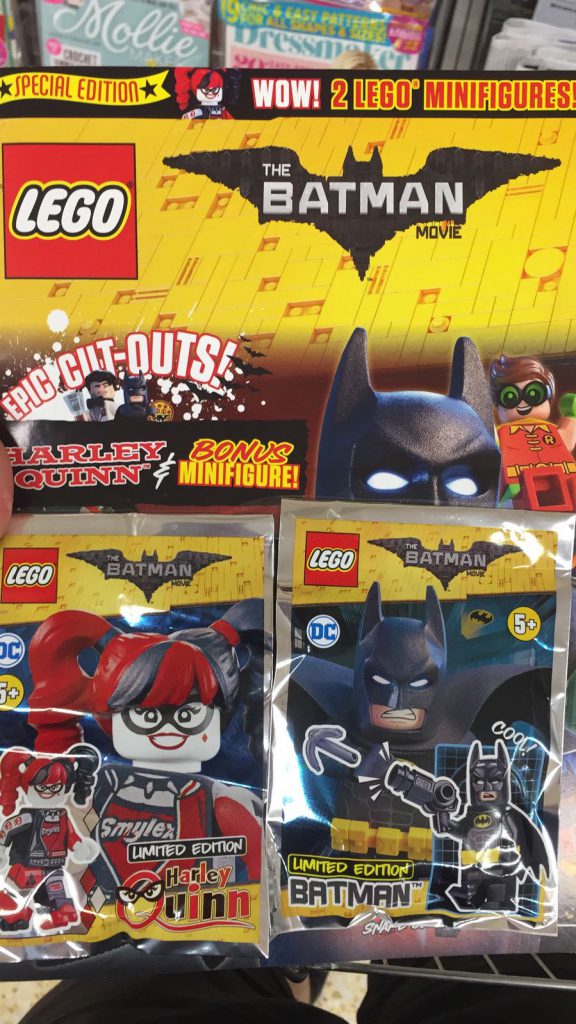