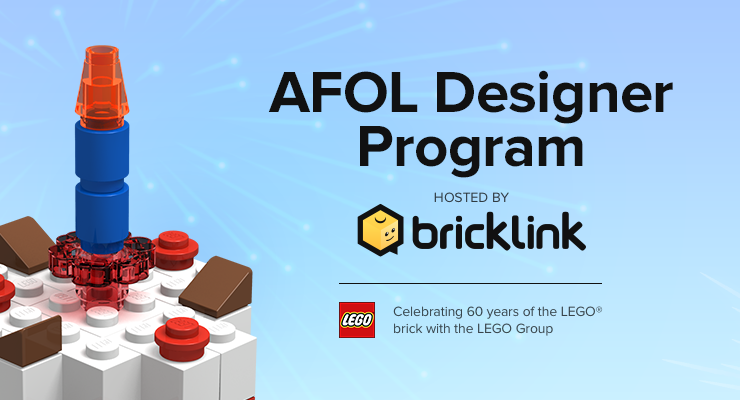 A collaboration with the LEGO Group has led to BrickLink teasing the AFOL Designer Program.

BrickLink has announced that a future announcement will unveil the AFOL Designer Program, that has seen the shopping platform website team up with the LEGO Group. It promises to be something big and impressive, with the BrickLink team “bursting at the seams because of how long we’ve had to keep this program a secret”.

As for what the AFOL Designer Program is, BrickLink gives this vague explanation for now:

This program celebrates creativity by realizing unique AFOL designs with truly original themes. What better timing than to kick it off in the year of the 60th anniversary of the LEGO brick? For a limited time, BrickLink will be hosting the AFOL Designer Program. We are honored to help highlight your creativity and help make your designs a reality.

While no further details are currently forthcoming, it sounds like this could be an opportunity for fans to get involved with designing sets for the LEGO Group. The phrase “help make your designs a reality” means that the scheme involves fans getting their designs made, as anyone can build anything without needing a specially named project, and the official collaboration implies that there will be some kind of LEGO stamp on those realised designs.

What is more, “realizing unique AFOL designs with truly original themes” strongly suggests that the AFOL Designer Program will take a fan design, then do something new with it. If that wasn’t the case, the designs would not be being realised anymore than they are when a LEGO fan has an idea and then builds it.

This analysis should be treated as conjecture for now, as until the full announcement is made, it is not clear what this new LEGO Group approved project is. But by carefully reading this initial tease, fans have a little idea of what to expect the AFOL Designer Program to include.