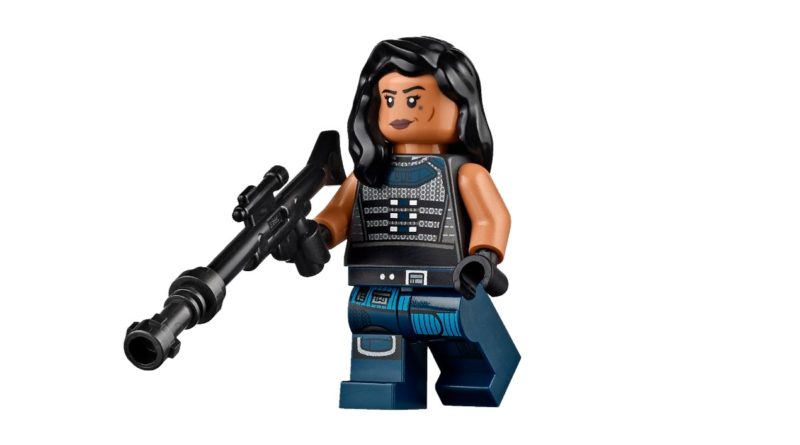 DLC characters for LEGO Star Wars: The Skywalker Saga have been confirmed, including Cara Dune following controversy and reports in 2021.

Last year, the actor who portrayed Cara Dune in the first and second seasons of The Mandalorian – Gina Carana – stoked controversy on Twitter and Instagram with transphobic, anti-non-binary and antisemitic posts. This led to the actor being dropped from future Star Wars projects.

Rumours of Cara Dune merchandise being removed from production following this were later proved to be false and the minifigure appeared recently in 75315 Imperial Light Cruiser with a LEGO designer explaining in a now-deleted post that the minifigure represents the character and not the actor.

The reveal of details for LEGO DLC indicates that the situation has now been resolved enough for Cara Dune to appear in both sets and video games as she is included in one of the seven character packs for LEGO Star Wars: The Skywalker Saga. Din Djarin, Grogu (non-playable), Greef Karga, Cara Dune, IG-11 and Kuiil are all included in The Mandalorian Season 1 Character Pack DLC.

The development time between the initial situation and the release of this game suggests that the character will not be excluded from future merchandise, although actor Gina Carano has already been revealed to not be playing her in further Star Wars media.

For those who enjoyed the character in The Mandalorian, you can look forward to playing Cara Dune in LEGO Star Wars: The Skywalker Saga and the rest of the more than 300 playable characters when the game launches on April 5, 2022. The Mandalorian Season 1 Character Pack will release the same day as part of the Character Collection, included in the Deluxe Edition or as a separately-available code. You can find our guide to pre-orders here.