This week, the LEGO Group and Blizzard launched the very first Overwatch set. LEGO Overwatch 75987 Omnic Bastion is available as an exclusive product from the Blizzard store and at BlizzCon 2018, produced only in “limited quantities”. The set contains “Bastion and Ganymede (in the Cardinal skin) in an exclusive Omnic skin” and is priced at £22.50/$25.

Anyone willing to re-Tweet the LEGO Group’s special competition announcement on Twitter will be in with the chance to win this first teaser set. 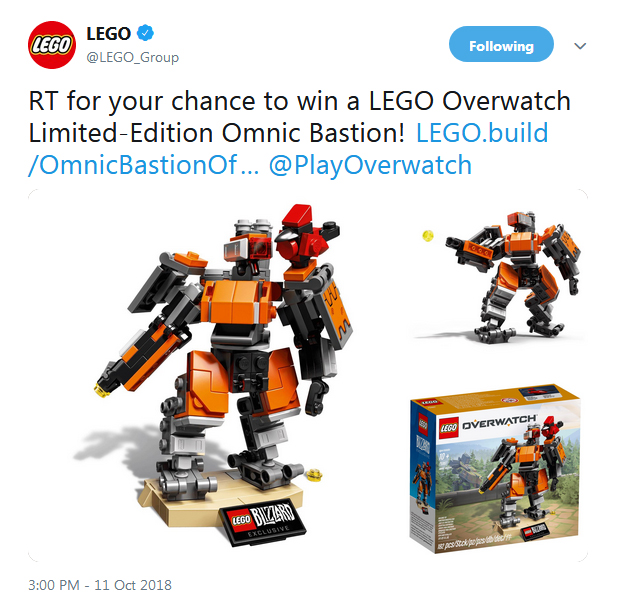 75987 Omnic Bastion whets the appetite of fans ahead of the full theme that is expected to launch in January 2019 with minifigure scale sets.

The set was designed by Woon Tze and Raphaël. This LEGO design duo used artwork from the Overwatch Assistant Art Director and Bastion Concept Artist, Arnold Tsang, to inspire the model. To ensure that the collaboration was complete, Tsang flew to Billund, Denmark to help the LEGO team design the packaging and to approve the set.

More LEGO Overwatch sets are expected to launch in January 2019.