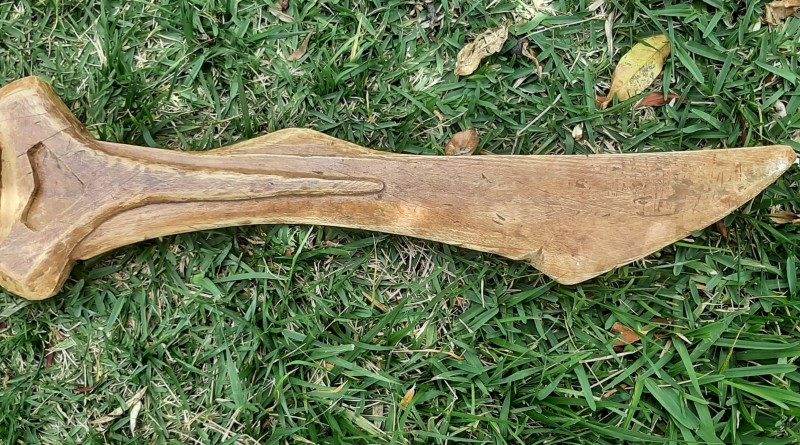 Whilst we wait for the LEGO Group to make a life-size version of every brick ever, a NINJAGO fan has taken the time to carve out a replica of one of the theme’s many weapons.

The blade in question that was recreated is the Dragonbone sword from season 9 of the decade-long story. In the world of NINJAGO, the weapon was carved from the skeleton of the first dragon and was seemingly unbreakable.

This prop replica from Snake Jaguar on Twitter not only features intricate carving but painted elements to capture the right amount of authenticity into the blade.

It even managed to attract the attention of NINJAGO expert Tommy Andreasen, who took a moment to correct some of the sword’s errors, such as replacing the wood with real dragon bone and forging the gold at the temple of light. Unsurprisingly, this was all in jest and he quickly sang his praises regarding the weapon.

LEGO designer Samuel Johnson also took a moment to comment on the work, calling it ‘Incredible’ in a reply to the original Tweet.

If you’re wanting a life-size NINJAGO prop of your own, then the LEGO Group does produce a few based on the Golden Weapons, such as the Scythe of Quakes. However, it would be just as exciting to see them tackle more blades, perhaps even from other themes such as the lightsabers from Star Wars.